The Top 10 Things We Learned From the Superior Spider-Man series: Number 1 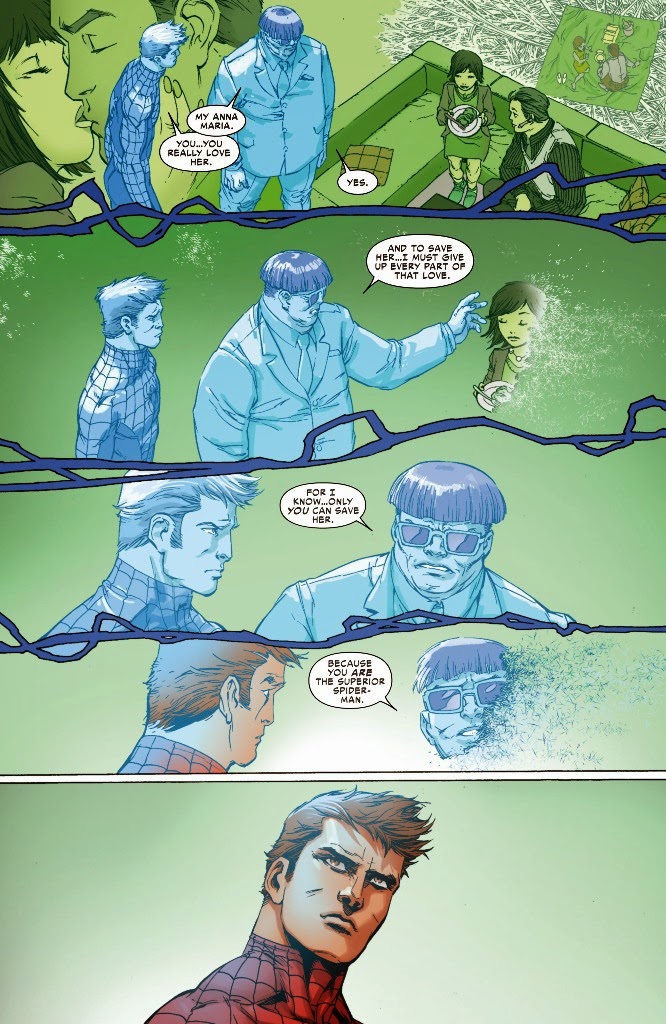 Alright, this is it, the final number ofnour list of things we learned from the Superior Spider-Man series.

1. Spock is NOT superior to Peter

Superior Spider-Man was like a cover song. Dan Slott took the familiar trappings, and changed the lead. So the new Spider-Man fought against familiar faces from the rogues gallery (from classic villains like the Vulture to newcomers like Massacre and the Phil Urich Hobgoblin), while eventually burning bridges with Peter Parker's friends and family.

So it's like hearing a new version of a song you like. The Jimi Hendrix version of "All Along the Watchtower," the Bruce Spingsteen version of "Chimes of Freedom" and the Byrds version of "Mr. Tambourine man" bring a new energy to songs that were pretty good when Bob Dylan sang them. It can be refreshing to hear new takes on the old stuff, but in the end, Dylan's still the guy whose new material is relevant fifty years later. As good as the covers are, it served as a reminder of the skills of the original.
Otto started out the series thinking that he would do a better job than the superhero he had killed. Where Peter was quick on his feet, Otto was calculating. Where Peter was neurotic, Otto was certain that he had considered every angle. Spider-Man secured the respect of the Avengers, and Otto went out of his way to earn their indignation. Peter was self-sufficient, while Otto got underlings to do his dirty work. Peter viewed life as sacred, and Otto was willing to kill. Massacre and Spencer Smythe were nasty guys, but Doc Ock probably had a higher body count.

Eventually,  it all came tumbling down. Otto the schemer didn't realize that he was facing another tactician. Peter Parker's used to the idea that things won't work out the way he wants. When Otto realizes his security system left a blind spot for Norman Osborn to exploit, he didn't know what to do.
The company he built was under attack. Carlie Cooper, his only ally, knew his darkest secret. One of his few friends in the world was killed. The woman he loved was kidnapped. New York City was burning, all thanks to the Green Goblin. A child he had wronged was used against him, and he was unwilling to take the necessary risks to save the kid.

And then Spider-Man returned, willing to do what was right, no matter the consequences. Otto's response was simple. He gave up. Peter was ready for a rematch, but Ock had finally learned the lesson. He was not the Superior Spider-Man. Peter was. The villain formerly known as Doctor Octopus sacrificed himself, so that the real Spider-Man can save the day.

There are two major complaints about Superior Spider-Man, one in the beginning and one in the end. Some readers couldn't accept Otto as a hero, considering how the saga began. Doc Ock essentially took the life of a better man, and never expressed any remorse about it. But it was in keeping with his character. As far as he was concerned, he was going to do a better job as Spider-Man. As a moral equation, it was worth it for Peter to die for the smarter man to be inspired to be the hero, and to do a better job. 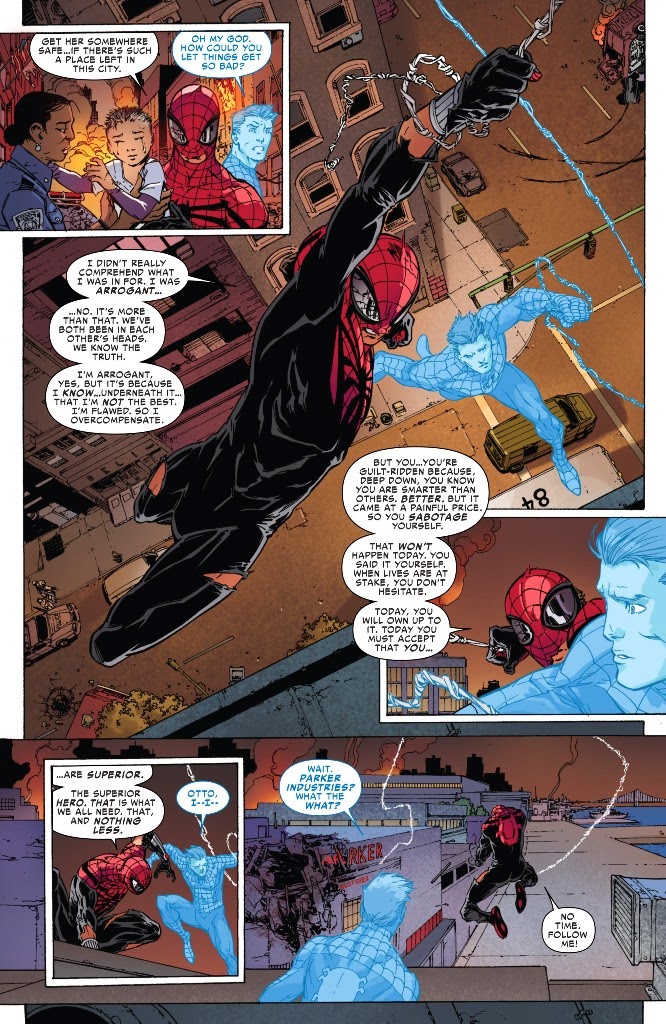 An objection some readers had to the end was that Ock gave up too quickly, that we never saw a rematch of the battle within Peter Parker's mind from SuperiorSpider-Man #9. Peter was certainly ready for it. But Ock wasn't. This time around, he realized that winning wouldn't be worth it. The world was better off with Peter Parker as Spider-Man. Doctor Octopus learned that he had made a serious mistake the first time around, that someone else was the Superior Spider-Man.