The Top 10 Things We Learned From the Superior Spider-Man series: Number 2

We're almost at the end of our list of things we learned from the Superior Spider-Man series.  Next on the list we highlight how parts of Otto's childhood that we never knew about was revealed to us in the series.
Number 2: Otto had a very troublesome childhood

Sometimes the best comic book super-villains are dark reflections of the superhero, and Doctor Octopus is no exception; after all, both Spidey and Doc Ock are scientists who are both take their inspiration from an animal with eight appendages. But with Superior Spider-Man, Dan Slott reminded his readers that Otto Octavious wasn't just a dark reflection of Spider-Man, but also Peter Parker. And he showed us this by giving us an occasional flashback into Otto's childhood. 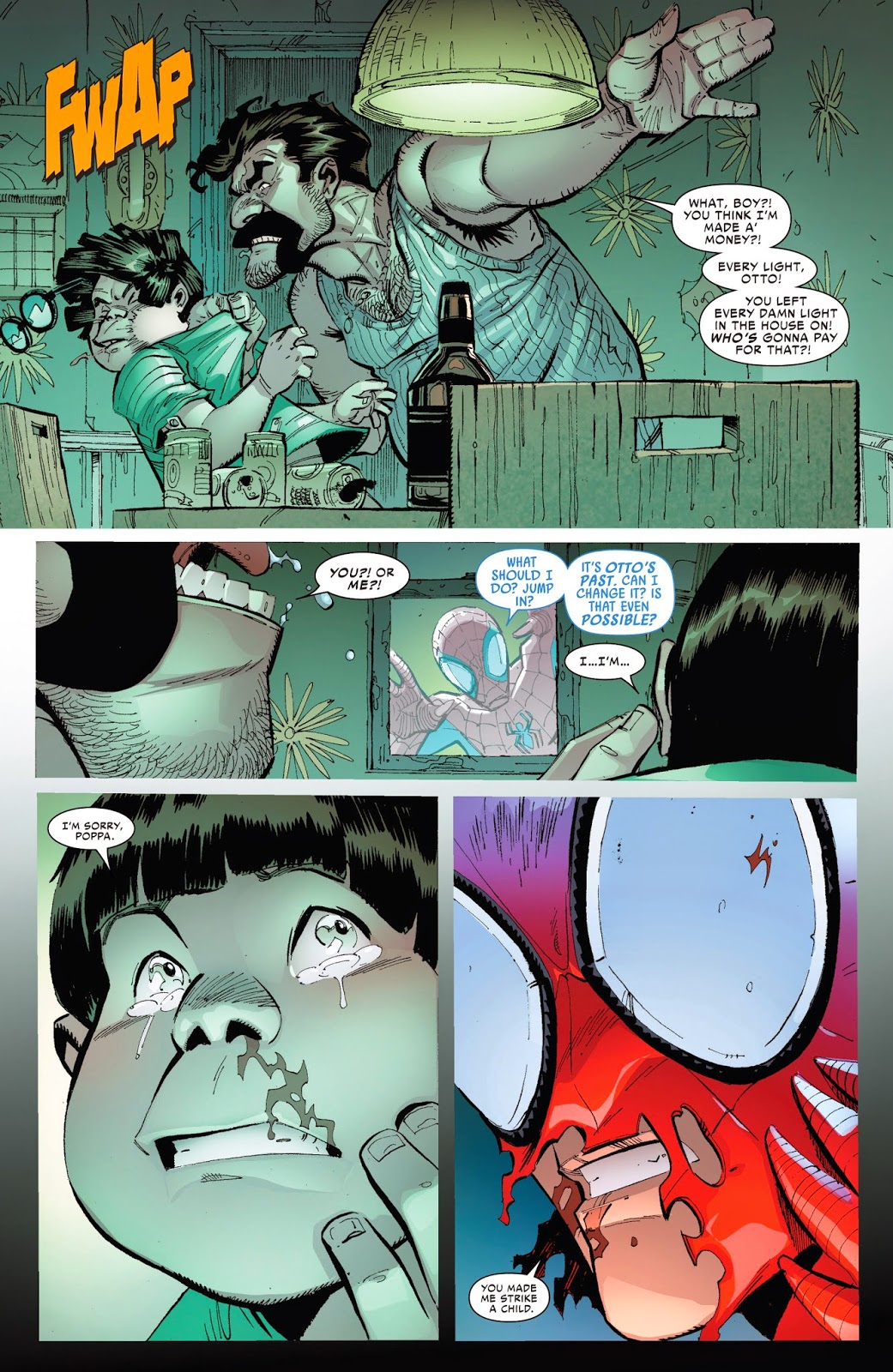 Now those who have read Tom DeFlaco's “An Obituary For Octopus” from 1993's Spider-Man Unlimited #3 would already know something about the future mad scientist's beginnings. Like Peter, Otto also grew up in a working class family, was an exceptional student, and was constantly picked on and bullied. Unlike Peter, however, Otto's didn't have the luxury of parents like Peter's Aunt May and Uncle Ben; his father was an abusive alcoholic who kept blaming Otto for “wasting too much money” and being too “weak” to fight back, while his mom was a needy, overbearing, and smothering hypocrite who turned Otto into an overly-dependent “momma's boy.” Not exactly a healthy upbringing to say the least.

What Superior Spider-Man did, however, was take inspiration from Deflaco's story to give a broader exploration behind Otto's psychology and motivations. The psychical abuse he suffered at the hands of his father gave Otto a greater sensitivity and compassion towards children, hence his very violent reaction when he realized that his old friend, the Vulture, was using orphaned kids to help him commit crimes like a modern-day Fagin. Him being a victim of bullying made him value a person's intellect more than one's appearance, hence his attraction and love for Anna Maria Marconi. And that same bullying also made him despite those who made jokes and pranks at other people's expense, especially one wall-crawling superhero who is known for his wisecracks and sarcasm.

All this, as a result, gave readers a better understanding of just where Otto was coming from while also providing a level of complexity to his character. And it reminded us that, under different circumstances, Peter and Otto could have potentially grown-up to become just like the other.