Ten Things We Learned From The Superior Spider-Man series: Number 7

Today, in number seven of our list of Things we learned from the Superior Spider-Man series, we find out a little more about Doc Ock and how he really isn't such a bad guy after all... in some ways.

Number 7: Spock has a lot of sympathy for the downtrodden. 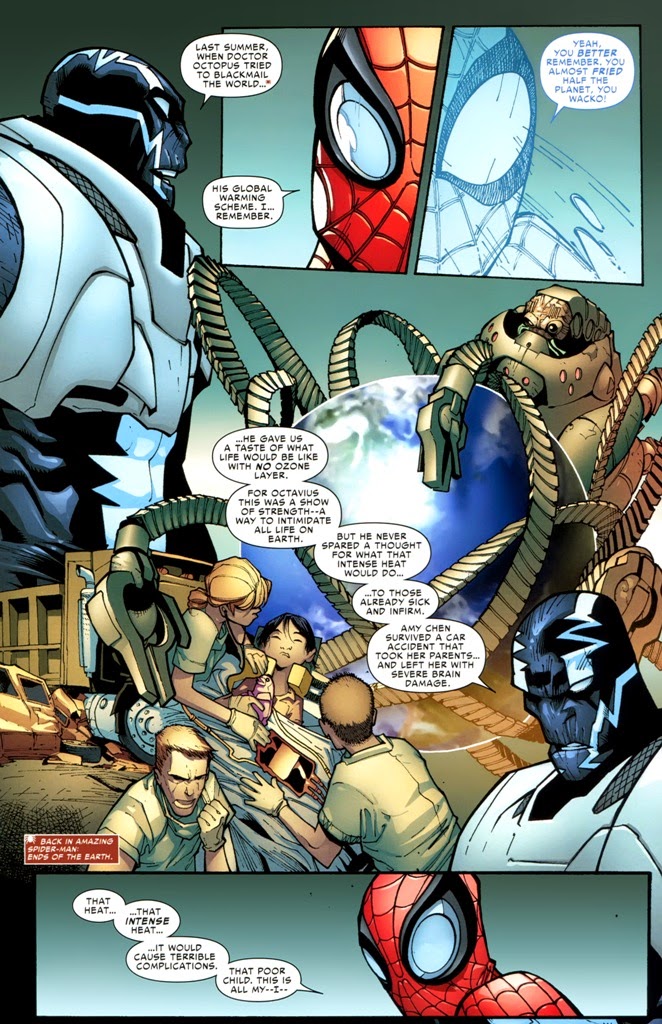 From the get go of Superior Spider-Man we weren’t quite sure what to expect. We were initially repulsed by the idea of Otto Octavius pretending to be the hero we know and love. We retched at the thought of Doc Ock kissing Mary Jane, and we feared deeply that Otto would ruin everything Peter Parker held dear and /or destroy the friendly neighborhood Spider-Man reputation, but we never truly predicted that Otto would display & exemplify a sympathy that was not only endearing, but down right admirable as well.  We had no clue that of the strides Doc would make to repair and improve the lives of the used and abused, the weary and wayward, those poor unfortunate souls, yet that’s exactly what he did on more than one occasion.

Superior Spider-Man has shown us that there is a kind and considerate man buried deep down inside that merciless, blatantly egotistical, criminal mastermind: a man capable of great acts of compassion.  It may have come as a shocking surprise, but one that we can be quite thankful for, because seeing this otherwise unnoticeable side of Ock gives us a greater understanding of his motives and a stronger appreciation of his plight. 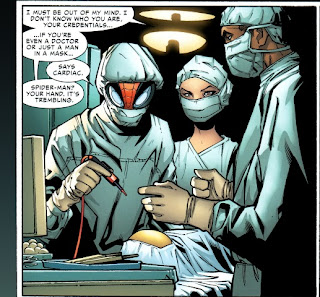 Otto displays these sympathetic tendencies during Superior Spider-Man 8 where he uses his knowledge of biology to save a little girl from severe brain damage, a girl whose parents died in devastating car crash.

Another example of Otto’s tender side is represented when he sees how the public treats little Ana Maria. Otto’s heart strings are pulled when he witnesses her antagonists mocking her due to her short stature, and teasing her mercilessly, even if it is by Aunt May as is displayed in Superior Spider-Man #23 . Otto can’t help relating to this feeling of being bullied for your individuality; accordingly, he takes special interest in showing her kindness and favoritism.

Writer Dan Slott did well to incorporate this somewhat redeeming quality into Ock’s story thus creating a more likeable protagonist.  Perhaps Slott used this good tendency of Otto’s, to create a contrast to Otto’s more menacing, selfish endeavors thereby giving readers a position to both cheer and rebuke Otto.  Without the Superior saga we probably would not have learned these intimate details of one of the most prolific, iconic, and impactful villains of the comic universe: Doctor Otto Octavius.

It is this type of deeper characterization we should be thankful for, as it not only makes for more mature, complex, realistic storytelling, but also gives us more content to compare and contrast with our main protagonist: Peter Parker. Also, it helps us define what we enjoy about Peter, for Peter’s sympathy is not limited to just the victimized; on the contrary, his extends much further.