Hello everybody and welcome to my review of Age of Ultron #5. Sorry again for the delay. 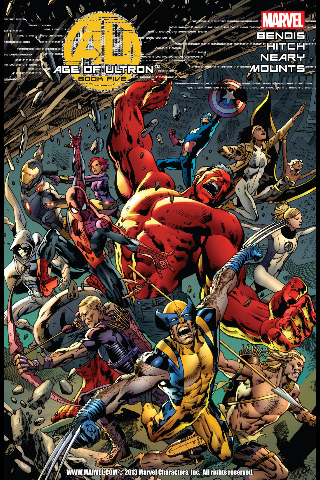 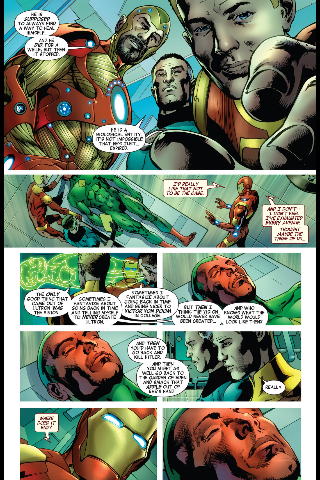 This issue opens with a flashback several months before Ultron took power. Tony Stark, Reed Richards & Hank Pym observing the Vision's still form. Tony has brought Reed and Hank to help him fix the Vision. Reed is fascinated by the Vision's specs, remarking that he's never seen anything like this, which Hank acknowledges to be the reason why they've never been able to duplicate the technology that created Vision, because they've never been able to duplicate the tech that created Ultron. This confuses Reed, as he believed that Pym created Ultron. Pym responds by saying he didn't, he created the first version of Ultron's artificial intelligence, and from there, Ultron took over. He muses that he has often thought of going back in time and telling his younger self not to create Ultron, though that would mean the Vision would never be created, and as Mr Fantastic points out, the interference wouldn't end there. All of a sudden, the Vision springs to life, greeting the three men, which causes Iron Man to break out into a smile. 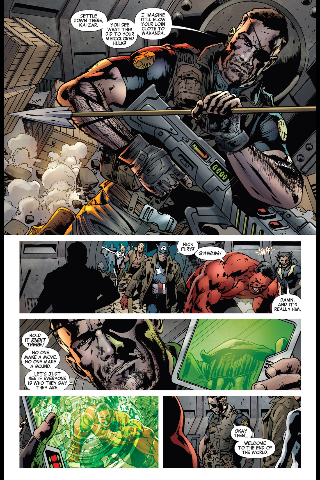 We then flashforward to the present, where Iron Man is pondering the previous event as the group of superhero's hike through the Savage Land. He starts to laugh at the realisation that they set this up when they took the Vision in all those years ago. This is interrupted by Black Widow, who informs everyone they've reached their destination. It's a cave containing Nick Fury's hideout. Emma Frost can't use her powers since the bunker is fortified to block psychic penetration, so Cap instructs Invisible Woman to investigate. After a moment of searching, Susan uncovers a massive door with a code lock. After she reports back, Cap sends Hulk in to give the door a good smashing. As he forces it open, Rulk is attacked by an unknown figure. Ka-Zar flings a spear at the figure, who effortlessly catches it and steps forward, revealing himself as Nick Fury Sr.. He scans everyone with a small device, which confirms to him that everyone is who they say they are (You sure you checked Spider-Man properly Fury?).
In Austin, Texas, a young couple are arguing over whether or not to leave the city or stay where they are. Their arguement is brought to an end as they hear the sound of laser blasts. Rushing outside to see, they witness an army of Ultron Sentinels laying waste to the city.

Back in Fury's bunker, after he tells Cap that he's been down here for a week, Iron Man asks him what his plan is. Fury replies that he's standing on it, "it" being Doctor Doom's Time Platform. Fury plans to head to whatever point in time where Ultron is residing and destroy him with the help of the heroes. Iron Man shoots this plan down however, saying Ultron could just be luring them into a trap. Wolverine suggests an alternative. They go back in time and kill Hank Pym so Ultron is never created. Valkerye points out they could just tell Pym not to create Ultron, but Wolverine says that Pym will just see it as a dare. Some of the heroes disagree with Logan's plan while some agree.  Fury grows tired of the debate and opens a vault containing pieces of tech belonging to various heroes, such as Iron Man's Mk II armour & Spider-Man's webshooters. Fury then drafts Iron Man, Rulk, Invisible Woman, Captain America, Storm, Quake & Quicksilver into his plan. As they leave for the future, Wolverine asks Hawkeye if he can get the Time Platform up and running again. Spider-Man asks if he's going to chase after them, only to realise through Hawkeye that Wolverine intends to move ahead with his original plan of travelling back in time and murdering Hank Pym, and he "ain't asking for permission"... 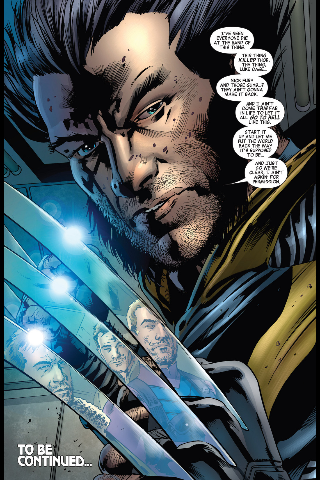 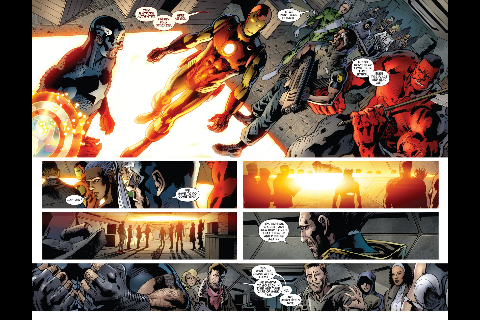 It was kind of obvious that there would be time travel involved in this series from the first panel and it's good that Age of Ultron is going that route so early. It prevents this aspect of the series from being jarring and it seems that whatever option is taken, there are going to be big ramifications. It's a thrill to see Nick Fury Sr. make an appearance here and Bendis handles his dialogue with ease. It does seem a bit odd that he scans everyone to see if they're the real deal and doesn't immediately notice that Spider-Man is really Doc Ock, but I suppose it would take up too much time in the issue, and maybe Fury does know who SpOck is, but is keeping quiet for now.
Wolverine going against Fury's plan at the end is very well handled. He's been in the background prior to this issue so it's nice to see him becoming more prominent. His plan (while being a tad similar to what he wanted to do to Hope Summers in AvX) is the classic Wolverine approach to these kind of things, and he's certainly got reason enough for thinking like that. Finally we get to see Hank Pym, even if it's just in a flashback. I'm not a fan of Ant Man, but he needs to be in this since he created "the first version of Ultron's artificial intelligence"...whatever.

This is Bryan Hitch's final issue on the series and he does as good a job as ever. There are a some epic shots here and the characters are well rendered, especially Wolverine, Nick Fury & Rulk. The landscape of the Savage Land and the futuristic look of Fury's bunker continue to refresh the eyes after four and a half issues of dystopian New York. Now that the time travel angle has been put into play, things look to be getting very interesting... 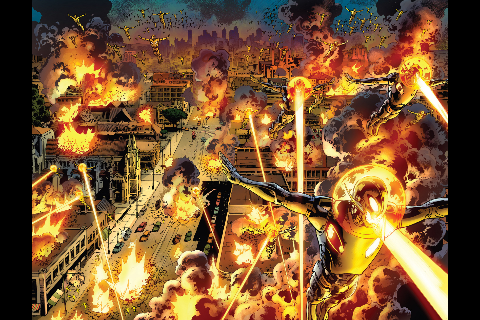