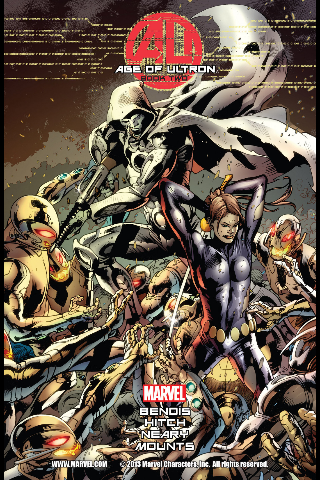 Hello everybody and welcome to my review of Age of Ultron #2.

In a ruined San Fransisco, a cloaked woman avoids a patrol of Ultron Drones by hiding amongst a pile of corpses (yuck). She then has a gun pointed at her head by a scared man who wants to know if she has a car or food. The woman throws off her hood, revealing herself as a disfigured Black Widow. The man doesn't know this of course, continuing to hold her at gunpoint, until he is shot in the head by a sniper, revealed to be Moon Knight. The two communicate via sign language, retreating to their safe house, apparently the place where Nick Fury holed up during Secret Invasion. Along the way, Widow witnesses an Ultron drone slaughtering a bunch of civillians attempting to flee from it.

Meanwhile, in New York, Peter Parker is recounting to the other heroes about where he was on the day Ultron took over. He'd woken up to find New York under attack, donned his Spidey costume, and swung out to help. He remembers glimpsing a mysterious figure, experiancing a flash of light, and then blacking out, next awakening in the situation we saw him in during #1. He also tells them that the villains that captured him were planning in selling him to Ultron, which cause them to question why Ultron would be willing to deal with lowlifes like Owl & Hammerhead. During this conversation we see other heroes have survived the initial attack, such as Quake & Valkyrie. Spider-Man asks what they are going to do about it. Iron Man simply replies "Survive". When Spider-Man points out that "survive is not something", he is answered by Captain America, who say that was because they didn't have a plan..."until now"... 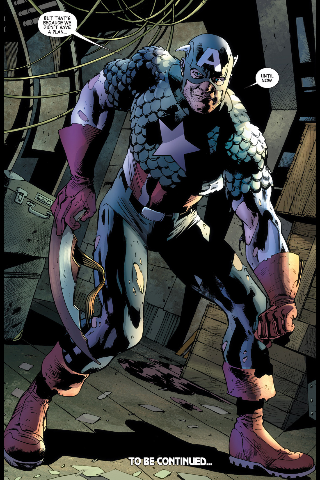 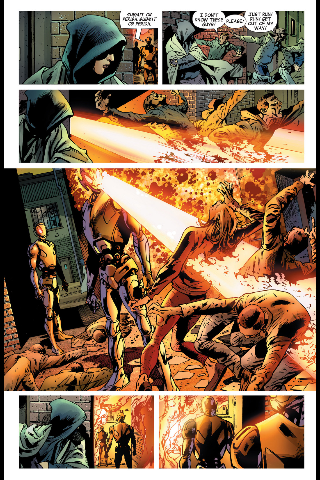 Once again a very strong issue. Bendis & Hitch continue to showcase the horrors of an Earth under the thumb of Ultron. This is a very nasty place indeed. It's cool to see Moon Knight getting involved in the proceedings. We don't get to see his multiple personalities on display, but what we do get of him is very good. Black Widow also benefits for Bendis's script, and the two heroes have a decent rapport together.
This issue seems to confirm that the Spider-Man pictured here is indeed Peter Parker, as we see the classic Spidey outfit on display during the flashbacks. I consider this a plus. We all know that Peter will be back behind the mask eventually, so going with him prevents the series from becoming dated. I also appreciate that Spider-Man has a large role in this series, since he usually gets the shaft in these events.

The art by Bryan Hitch fares a lot better this time due to a lack of that pesky vibration effect. Hitch's angles are as dynamic as ever and the heroes look grizzled and vacuous of hope, a fitting reflection of the dystopia they face. So far, this is shaping up to be another "amazing" event. I look forward to seeing how Cap plans to take Ultron down, and hopefully the true Spider-Man will continue to play a prominent role in the series. 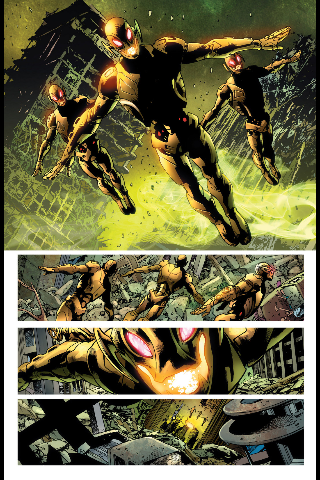