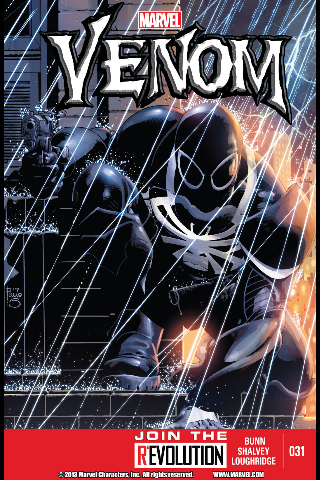 Hello everybody and welcome to my review of Venom #31. In this issue, Flash prepares to move to the city of brotherly love, Philadelphia, unaware that something...Toxic is lurking in the background... 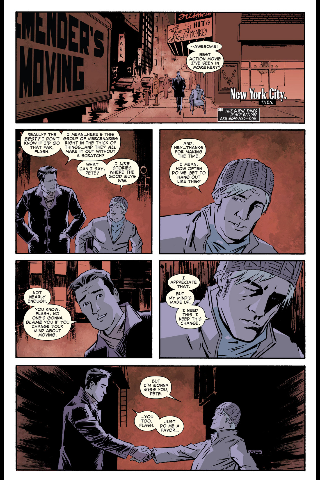 Flash Thompson is moving the last of his things into his new apartment in Philadelphia. Whilst the unpacking is going on, Flash meets his angry neighbour, Mr Fricks, who is complaining about the noise Flash is making. After he shouts some more at Flash & storms off, we cut to a flashback with Flash & Peter Parker (the real one) having a conversation. Peter tells Flash no one will blame him if he decides to stay in New York, but Flash affirms that he needs the change. They then say their goodbyes to one another and the scene cuts back to the present, as Flash prepares for his first night on patrol in Philadelphia.

He starts by scaring a thug into surrendering himself to the police. We then cut to another flashback involving Flash & his mother. She says she still can't sleep because she's images of Venom, Flash comforts her, saying that he'll still visit and asking her to remember that the monsters can't hurt her anymore.

Back in the present, a mysterious vigilante named Hail Mary interrupts a gang's vicious assault on a pair of teenagers. After sending the crooks packing however, it's revealed that "Hail Mary" is in fact Venom (who can barely contain his laughter), attempting to keep a low profile due to the risk of his friends (being reporters and all that) discerning the truth.

We then segue into the final flashback. Flash is waiting for Betty at a cafe to say goodbye. He realises she isn't going to come and leaves a voicemail on her phone, clearly saddened. In present day, Flash receives a visit from the police, who tell him that Mr Fricks has been hospitalized after an attack last. Flash realises immediately he was the attacker! Back in New York, Eddie Brock/Toxin calls in at Flash's old apartment, only to be told by a neighbour that Flash has moved to Philadelphia... 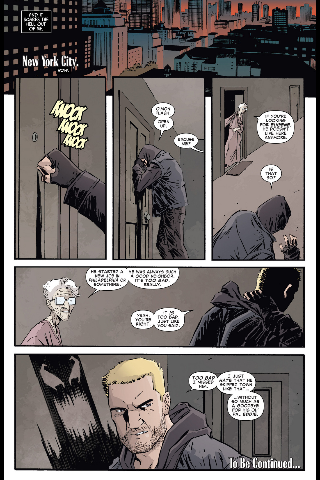 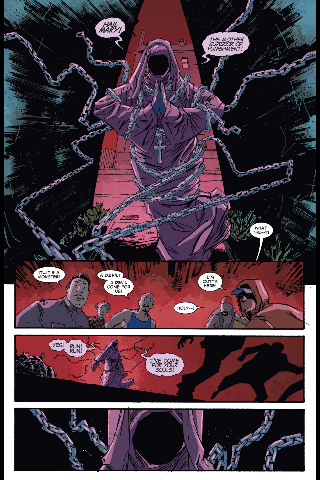 This is a very good issue. Cullen Bunn balances the melancholy elements with the humour very well. The gags never feel forced nor do the sadder moments become depressing. Flash is still very enjoyable to read. In fact, its a testament to Bunn's writing that I found him both likable and sympathetic, and this is a character I used to despise.

Venom on patrol is both hilarious and scary at the same time and it's also the highlight of the issue, the Hail Mary gag had me laughing. Eddie Brock is used minimally here, but to good effect. The thought of him lurking in the background, plus the fact that his motives remain a mystery, helps to ramp up the tension. Does he still plan to wipe out the remaining symbiotes? And if so, does he view the Toxin symbiote as a necessary evil to complete his mission?

Declan Shalvey takes over as penciller for this issue. His artwork is dynamic, the standout being once again, the Hail Mary scene. Lee Loughridge (we meet again) provides the colours, which mesh well with Shalvey's drawing's to create a gritty, shadowy look, exactly the kind of style you want in a Venom book.

I'm really looking froward to the next issue. Flash is still fun to read and as an Eddie Brock fan, it's just great to see him in a prominent role again. It looks like Cullen Bunn might finally be hitting his stride with this series. We'll just have to wait and see if he can keep this up...