Venom gets cheesed off!

Hello everybody, my name's Donovan and welcome to my first review here at Spider-Man Reviews. I'm taking over from Spiderfan001 as the reviewer for Venom.

With the symbiote in full control, Venom attacks the U-Foes. Flash's narration reveals that he has no memory of the current fight, referring to it as being like a bad dream. Valkyre regains conciousness and frees Katy Kiernan from the alien device thing. Venom then takes control of the mindless drones, turning them against their former masters whilst Valkrye opens a portal to outside, allowing Katy and the prisoners to escape. 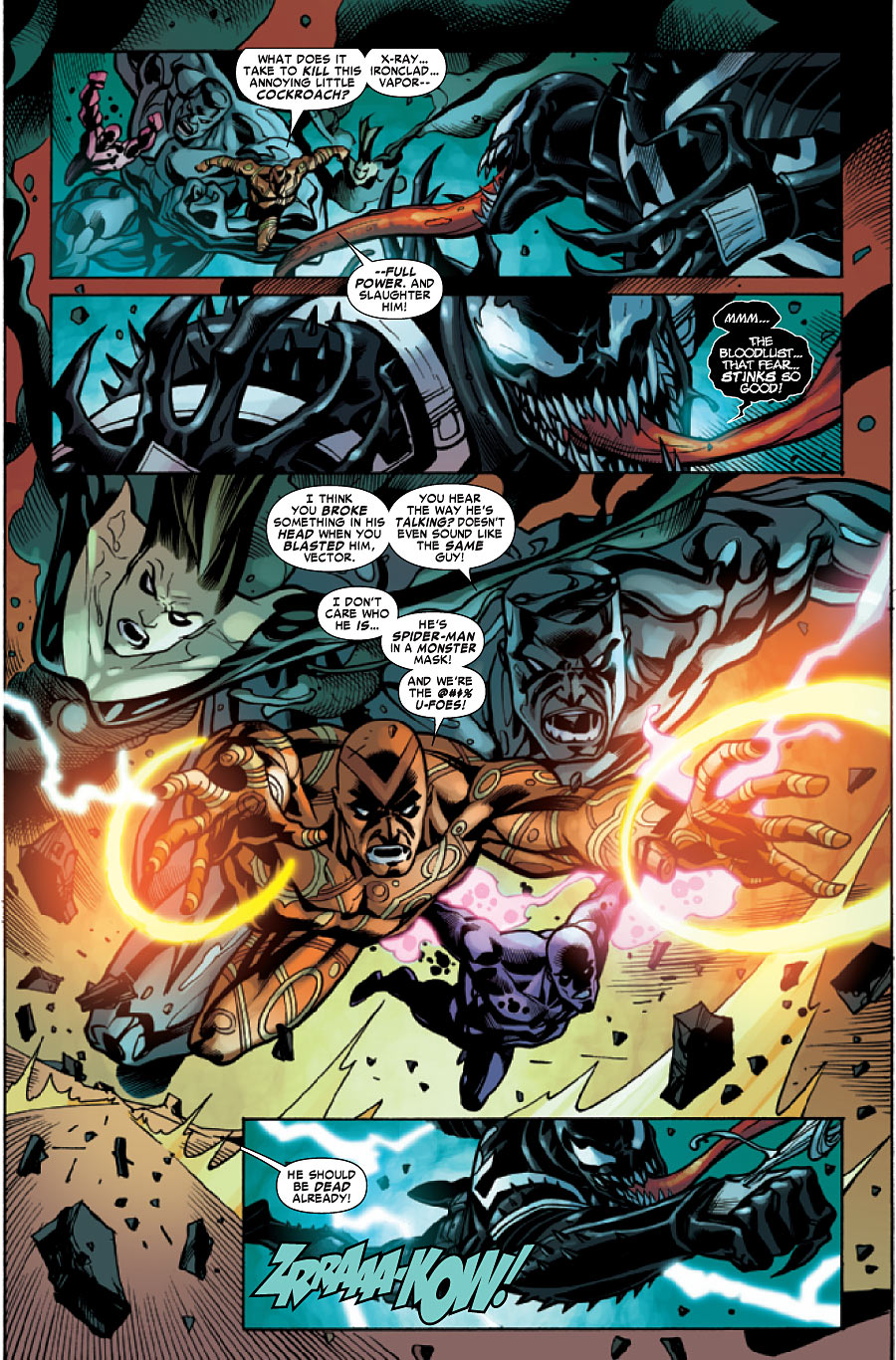 Just as the U-Foes gain the advantage, Venom uses the human drones to activate the transduction equipment, causing the U-Foes and himself to disappear. Hours later, as Valkrye and Katy wait for him, Venom emerges from the portal, with Flash in control once again. The U-Foes are shown to be adrift in an unknown dimension. Later on, Flash decides to stay in Philadelphia, reasoning that a fresh start is just what he needs. The scene cuts back to Brooklyn, New York, where the police are raiding a house full of dead criminals. Their target turns out to be Eddie Brock, still bonded to the Toxin symbiote...

Ultimately this is a decent end to a fairly by-the-numbers story arc. The best thing about the issue is Venom himself. Cullen Bunn gets right inside Flash's head and maintains a consistent voice with Rick Remender's Venom. We get some funny lines here and there, such as when Venom calls Valkrye "hotpants". The narration however is a problem as Bunn literally gives away that Venom is going to win this fight, which of course breaks the tension. The U-Foes are lacklustre villains and as a result their defeat holds little weight. Plus, how did Venom get back through the portal? The final reveal of Eddie Brock was brilliant, and I look forward to seeing what Cullen does with him in the future. I wouldn't say this is quite on par with Remender's work, but then again I don't think Bunn has quite hit his stride on Venom yet...