Miles Morales spends some quality time with his uncle... 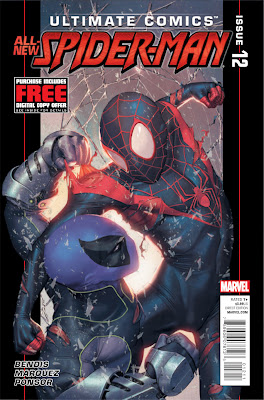 On a rooftop, Miles and his Uncle Aaron (A.K.A. the Prowler) talk about how Miles got his spider powers and how he intends to use them.  Aaron blackmails Miles by telling him that if Miles doesn't let him train him, he'll tell Miles' father about his spider powers.  Aaron then tells Miles that they're going after the Scorpion and that he'll keep in touch.  Alone on the rooftop, Miles ponders what he is going to do.

The next day at school, Miles looks up the Scorpion on the Internet.  After reading about the Scorpion's crimes, Miles texts his uncle to tell him he's in. 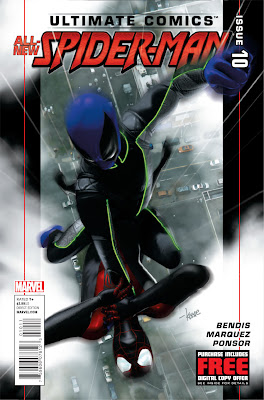 Spider-Man and the Prowler attack the Scorpion in a night club as he is trying to establish himself as the new kingpin of New York.  After a long battle, Spider-Man is able to take the Scorpion down outside the night club just as police arrive.  The police shoot at Spidey, who runs back inside the club only to find that his uncle has already fled.

The next day, Miles receives a text from his uncle telling him to rest up for next time.  Miles tells Aaron that there won't be a next time, only to have his uncle threaten him again.

Meanwhile, Aunt May and Gwen Stacy arrive back in New York.  May makes a call to Tony Stark, telling him she would like to meet the new Spider-Man. 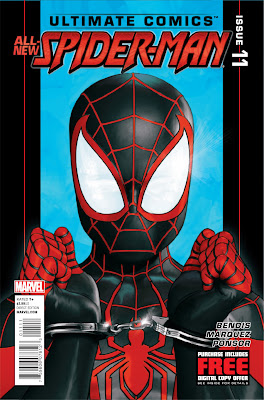 Spider-Man watches from a distance as Prowler waits for him on a near by rooftop.  When Miles doesn't show, Prowler texts him that he's playing with fire.

The next day after school, Ganke and Miles discuss what Miles is going to do about his uncle.  Miles comes to the conclusion that he has to tell his parents the truth.  When he gets home however, he finds his uncle waiting for him outside.  Miles agrees to meet his uncle later that night on the condition that he leave. 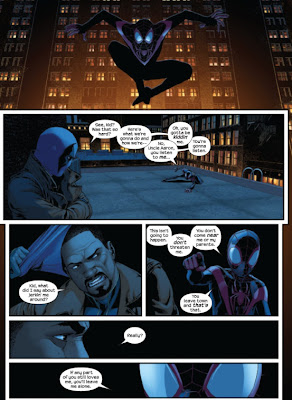 Later that night, Spider-Man meets Prowler on a rooftop and tells him once again that he won't be joining him, prompting a battle with Prowler using the Shocker's gauntlets (stolen from the Tinkerer).  During the battle, one of Prowler's gauntlets gets damaged.  The battle eventually makes its way to the streets where the damaged gauntlet explodes, killing the Prowler in the process.  With his dying words, Aaron tells his nephew that he is just like him.  Since Miles used his sting on Aaron right before the gauntlet exploded, he thinks he is responsible for his uncle's death.

With this story arc, Brian Michael Bendis has delivered a cool new twist on the typical Spider-Man origin story, creating a modern classic akin to Learning Curve from the first volume of Ultimate Spider-Man.  Miles' relationship with his uncle is a neat reversal of the Peter Parker - Uncle Ben dynamic, and Aaron's death at the end of the story only serves to highlight this contrast.

Bendis also surrounds Miles with a likable supporting cast in Miles' parents and especially with his best friend Ganke, whose enthusiasm for Miles' superhero career balances out the more reluctant Miles perfectly.  David Marquez provided the artwork for these three issues and did an amazing job.  He has to be one of the most underrated artists at Marvel right now.

If you haven't read this story and gotten into this latest volume of Ultimate Spider-Man, now is the time do so.  The adventures of Miles Morales are a great outlet for some cool, different Spider-Man stories.