Infinite Spider-Man 13.6: Should Peter Know About One More Day? 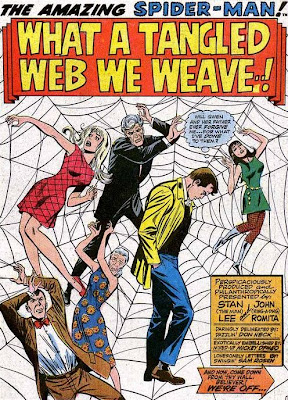 If Peter Parker's story is truly coming to an end (it's probably not) the biggest unresolved question won't be who he ends up with, but whether he'll ever find out about what happened in One More Day. Fans have different opinions on whether he should remember.

There are two elements to the question. What should happen if Peter Parker's story is actually going to come to an end? What should they do, under the assumption that the story will continue?

Tom Brevoort was asked about this on his formspring. His response is in bold.

My problem with OMD is that there isn't any lasting drama because no one remembers anything. Making peter the only one who remembers would have make everything far more interesting. Did you consider having peter be aware of the change? (or is he?)\

He isn't, nor can he be, really for the same reason that the "fake priest" idea doesn't work: if Peter is aware of who things have changed, then shouldn't he be devoting all of his time and energy to getting back what he lost, restoring his marriage? That puts you right onto a storytelling treadmill from which there's no good escape other than simply going back to the old status quo.

One More Day is convoluted. Technically, it's not a matter of memory, as this Peter Parker never was married. The marriage was an alternate timeline. Any story in which Peter learns about the deal with Mephisto would have to take that into account. There would also have to be some sort of explanation about how Peter Parker came upon this information. Although, with Madame Web as a supporting character, there are various opportunities for writers to give Spider-Man insights into things that require cosmic awareness.

One question after One More Day was whether it had actually been a matter of memory rather than time travel. So I'll address the implications of that. It does seem a bit more satisfying to readers, as it means that everything in the earlier comics still happened, even if characters don't remember it. It's not a retcon, as the stuff actually happened just the way it was depicted as happening. Characters just remembered it differently.

Although there is an uncomfortable subtext. If this Peter Parker and Mary Jane are actually married, and just don't know it, that raises some thorny questions about adultery in any future relationship. And it would be too easy to just reverse everything, and restore the earlier status quo.


It seems unlikely that Peter's going to learn about One More Day in the next four issues of Amazing Spider-Man, so it's probably not going to happen before Superior Spider-Man kicks off. With a finite amount of pages to conclude the Big Time era, I doubt that Slott would be interested in dealing with the emotional fallout of stories that happened before his run began.

But it may not be a bad idea to have Peter learn about One More Day at some point. There may be various reasons for him to not try to get back what he lost and restore the marriage. For example, he may be convinced that Mary Jane would be happier without him.

In the aftermath of One More Day, it is strange that Marvel's flagship character isn't privy to the same information as the readers. Although it usually has not had much of an impact upon the narrative. In the numerous references to Kraven's Last Hunt, it hasn't mattered whether Peter and MJ were married, or whether he was just living with her at the time.

If he becomes aware of the world as it was or could have been, Peter would still be somewhat traumatized by losing his relationship with Mary Jane. And it would drive the narrative for a short while, until something else takes precedent. Even if Peter somehow remembers the marriage, it would make One More Day preferable to the alternatives as a method of getting rid of the marriage. Peter would have more reasons to be optimistic and upbeat than he would if Mary Jane had died. He has the satisfaction of knowing she's alive and happy. The writers would still be able to use Mary Jane the character, and even present alternate futures where she's happily married to Peter (it isn’t done often with ASM, but always remains a possibility). It also doesn't make the character seem physically older and allows future writers to have Peter do the stuff young single guys in their twenties do. And it's preferable to a divorce since supporting cast members wouldn't be aware of it. 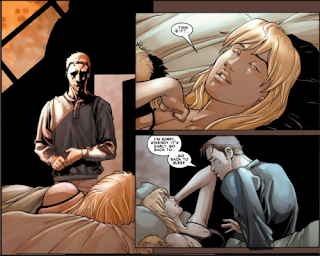 Peter suffered through, and survived something similar in House of M. In that storyline, the Scarlet Witch remade the Marvel Universe so that the heroes got their fondest desires. Wolverine never lost his memories. Captain America didn't disappear for generations. And Peter Parker was a celebrity happily married to Gwen Stacy, while Captain Stacy and Uncle Ben were alive to help with the babysitting whenever necessary. Peter had to give up that world to save the day. An appearance in the Son of M mini-series hinted at Spider-Man's mental trauma of dealing with the sudden change in reality. This occurred at the same time as The Other mini-series, which was right before the unmasked era, so there wasn't time to deal with the consequences elsewhere.

He also had a similar problem in the Astonishing Spider-Man/ Wolverine mini-series. In that arc, he fell in love with a girl, who forgot all about their romance. It was poignant, but he realized that he had no way of getting back what he had once lost. So he didn't devote all of his time and energy to restore that relationship. 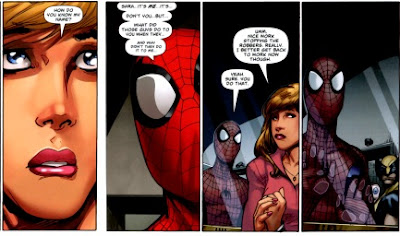 As Spider‑Man has already suffered through two erased lifetimes, another shouldn’t be too extreme or incomprehensible to readers. But given the current build-up to Amazing Spider-Man #700, this isn't the right time to tell that story. It's too much of a detour.