Spider-Man teams up with his hero... 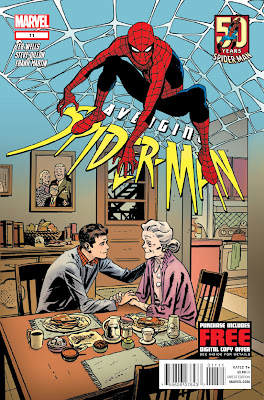 After foiling a bank robbery, Peter meets his Aunt May at Uncle Ben's grave.  The two discuss the impact his death had on them and discover just how much Ben meant to them and how much they mean to each other.

It was great to have Zeb Wells return for one more issue of Avenging, and while this issue was well done, I couldn't help but feel a strong sense of deja vu as I was reading it.  This was another beautifully written tribute to the special bond Peter has with his aunt, but long time readers have seen the themes that play out in this issue many times before.  On the other hand, if you're relatively new to the world of Spider-Man comics, then I would wholeheartedly recommend picking this issue up in the hopes that it will blow you away the same way I was when I first read my favourite Peter/Aunt May story. 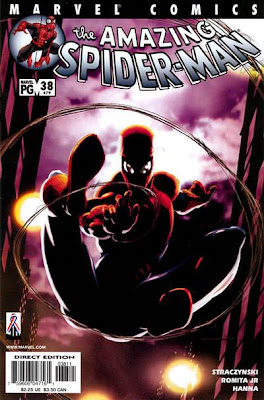 While Steve Dillon does a commendable job on the artwork, I think his style is better suited towards grittier types of comics.
Read More

Spidey teams up with the new Captain Marvel! 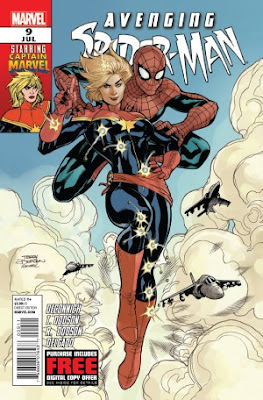 Carol Danvers, A.K.A. Captain Marvel, agrees to give Peter Parker a ride to Boston in her plane so he can visit his Aunt May.  While in the air, they are passed by a girl with a jetpack being chased by a squadron of mechs.  Peter changes into Spider-Man and tries to help the girl while Carol attempts to land the plane.  The situation grows more complex when the girl reveals to Spider-Man that she robbed a bank.

Captain Marvel is eventually able to land the plane on a bridge where she then confronts the headstrong leader of the mech group.  Cap is stopped short of taking him down by the police, who reveal that the mechs have been legally hired by the bank to take the girl down.  Meanwhile, through her conversation with Spider-Man, the girl decides to call herself Robyn Hood.  Spidey brings Robyn to the police who attempt to take her into custody.  However, before they can take her away, the mech leader blasts her in the stomach.  Rather than dying, the blast makes Robyn grow giant sized, and allows her to access some hidden weaponry.  Spider-Man and Captain Marvel now have to deal with the out of control Robyn, the mech squad bent on taking her down and the police... 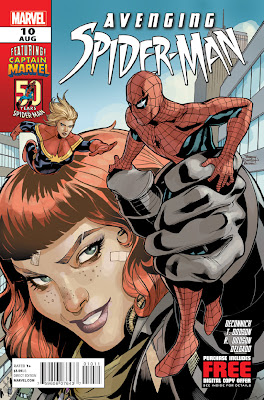 Robyn activates her jetpack and starts fighting the mechs while Spider-Man tries to talk her down.  Captain Marvel eventually intervenes, blasting Robyn until she grows so large that her jetpack fails, sending her crash landing on to the bridge.  The general counsel of the National Federal Bank then arrives and tells Cap that Robyn is the bank's property, claiming that she is an "experiment."  While Cap argues with him, Spidey realizes that Robyn's jetpack is going to explode.  Cap asks the counsel how they can fix this, but the counsel refuses to talk.  Fortunately, Robyn's creator, Shelley Godwin, arrives on the scene and is more cooperative.  Shelley reveals that Robyn is an A.I. in a robotic body that also contains traces of mutant D.N.A.  She was originally programmed to infiltrate the Occupy Wall Street movement but quickly became conscious.

Robyn gets up and starts walking towards the bank with Spider-Man in her hand, who tries to convince her to take off the jetpack.  Meanwhile, Shelley attempts to access Robyn's programming to remove the jetpack.  Eventually, after chatting with Spider-Man, Robyn asks Captain Marvel to launch her into the sky so she won't hurt anyone.  Robyn explodes above the Boston skyline.

One week later, Peter visits Carol, who is busy fixing up her plane.  After a small chat, Carol asks Peter to call her the next time he needs a lift to Boston.

Meanwhile, we learn that Shelley was able to download Robyn's consciousness into her laptop, saving her.

I've been a fan of Kelly Sue DeConnick's ever since her excellent Osborn miniseries last year, so I was excited when I learned she was coming back to Spidey's world again for a two issue stint on Avenging Spider-Man.  While this story didn't blow me away the same way Osborn did, it was still a fun team up with some gorgeous artwork by the Dodsons.  DeConnick has a great handle on Spider-Man's voice; his interactions with the far more confident Captain Marvel were a treat to read.  I also want to say that making Carol Danvers Captain Marvel was a great move on Marvel's part, and one they should have done years ago.

Sadly, if you're one of those people still holding out for a Peter Parker/Carol Danvers hook up, it's pretty clear by the end of this story that they're going to remain just friends for the foreseeable future. 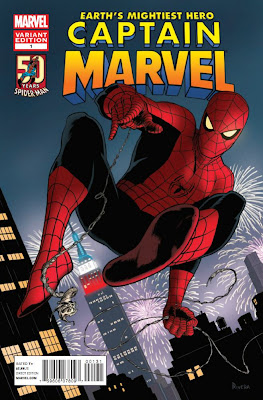