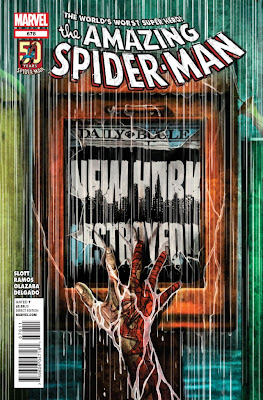 We take it for granted that Spider-Man's adventures will be set in New York City, as the location is considered such an indelible part of the series. Changing the setting does represent one way for a writer or editor to establish a new direction for the series. Before they do that, they should consider all that the Big Apple brings to the Spider-Man comics.

New York City is a unique setting. When compared to other metropolitan areas in the United States, it's in a class by itself, just in terms of population. It has over twice the residents of the second-most populated city in the United States (Los Angeles) and three times the residents of the third-most populated city in the US (Chicago). The high population density means that there would often be people in trouble, as well as criminals in need of beatings. That is good for any superhero comic book.

It's also one of the major media capitals, something that complicates matters for the always persecuted Spider-Man. The skyscrapers are a perfect fit with the web-swinger's power set. LA, with all the highways and a much lower population density, is a good fit for someone whose abilities involving running really fast. But there's no better city for someone who travels by swinging from one tall building to another.

I'm a New Yorker, so I could be biased about the advantages of setting my favorite character's adventures in my hometown. You could certainly make the argument that a city with less than three percent of the population of the United States is over-represented in pop culture, although that can be advantage in this medium. A book in which a radioactive spider gave a guy super-powers seems more real if the setting is something that we can all recognize, even if only from films and television. 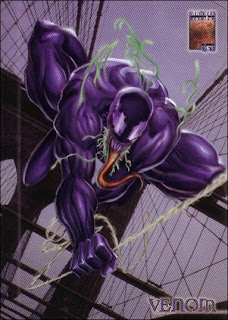 Comics relies heavily on visual shorthand. Threats are more impressive when casualties would occur in a place that everyone recognizes. The reader realizes what's at stake in a way that might not apply with a fictional city, or a less-known location. Familiar landmarks can be a source of inspiration for the artists as well as the writers, providing them with tools to make a scene we've all seen before unique by incorporating some local flavor.

Other Marvel comics have contributed to the (over)exposure of New York City in pop culture. There are a few problems with setting all these different series in one city. The writers are often expected to provide explanations for why other superheroes don't interfere in the battles between Spider-Man and other supervillains. And with one more title set in the financial and cultural capital of the world, it means that other locations are overlooked. So you may have disappointed comics fans in Pennsylvania, Florida and the Washington DC metropolitan area, while New Yorkers would get to pick and choose among several titles set primarily in their city. Though there could be the argument that Spider-Man should stay in the city that never sleeps, while the other heroes should move out.

But there are some benefits to setting so many of the books in one place. It makes occasional guest-starr appearances much easier. It's always thrilling to see a cameo by another superhero, and references to other characters amplify the sense that so many Marvel comics are set in one shared universe. All the superheroes in the city have their own enemies, which provides an opportunity to pit Spider-Man against villains he hasn't fought before.

The major reason to keep Spider-Man in New York City is that his supporting cast and rogues gallery is based in the city. If he were to relocate, there would have to be some sort of in-story reason for his friends and enemies to join him. Or he'll need entirely new friends, coworkers and antagonists.

Some writers are adamant about keeping Spider-Man in the city all the time, although I think that may be overkill. It's sometimes fun to take him out of his element, as when Peter David sent him to Long Island to chase the Commuter, or when Jim Starlin had him team up with the Avengers against Thanos in space. But when the adventure is done, the tourist should return to the place where he's the native. 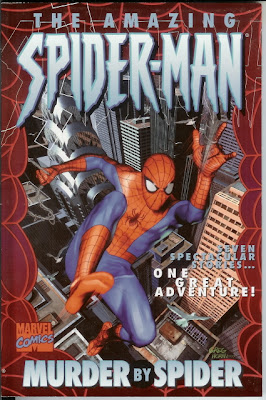 There's the one that half the people in the industry have pitched at one point or another: the villain who's so bad that Spider-Man has no other choice but to kill him. Taboo is such an attractive thing, I guess, but there are certain lines certain of our characters don't or won't cross, so it's attractive for people to think about the situations in which we might push them past that point. But most often, when this story is pitched, the writers haven't gone any further -- they haven't considered the after-effects, what killing somebody does to Peter Parker, how it changes him, what it does to his Spider-Man career. They're only truly interested in the shock value of the moment – and that's worthless without proper and compelling follow-through. It'd be the easiest thing in the world to suddenly have Spider-Man start killing people, but it would be a violation of his character as it's been established over the years. And there might be an instance when Spider-Man was forced to make the choice to kill -- but that would be a profound, life-hanging moment for the character, one that you might not really ever be able to get him back from. So you don't want to go down that road casually.

Also, in general, people who come to me looking for key super-villains for either their new villain or their lethal hero to kill, in order to "prove that he's a badass." These, too, tend to be throwaway killings, meaningless and not actually accomplishing what these writers think they're accomplishing. Ironically, these tend to be the same guys who come back months later, looking for other important villains for their characters to fight. If you kill off all of the villains, then the picking become slim.

In the comics, Spider-Man has sometimes accidentally killed people. But Brevoort's answer was in regards to something premeditated, rather than something like Charlemagne's fate in Spider-Man VS Wolverine, or even the death of Gwen Stacy. While it has been strongly implied that Gwen died because Spider-Man accidentally snapped her neck by webbing her while she was in freefall, I am unaware that any technical cause of death has been given for her. And if he hadn't webbed her, she still would have died, so he only shortened her life by a few seconds, if that. 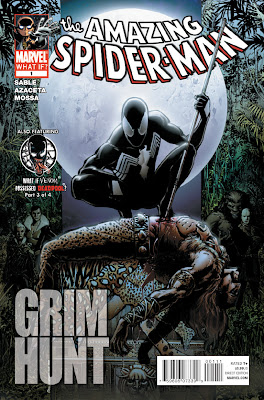 It's been suggested in the comics that Peter Parker wouldn't be able to handle the trauma of intentionally taking a life. In Grim Hunt, it was revealed that the fall from grace for the future Spider-Man of Amazing Spider-Man #500 started when he killed the newly resurrected Kraven. I don't know it that's the right take on Spider-Man's views regarding the sanctity of life.

As a SHIELD agent, Peter Parker's father almost certainly killed people. Flash Thompson killed a few insurgents in Afghanistan in Amazing Spider-Man #574, before he became Venom. In the real world, heroes do sometimes kill. And when situations are screwed up enough, sometimes they fail to save the day. It reflects poorly on Peter Parker when it's made explicitly clear that he doesn't have the strength to do what many people have been forced to do in both the Marvel Universe and the real world.

It's an unsatisfactory answer to a question that has to be asked: Should Spider-Man kill a villain like the Green Goblin or Carnage who will almost certainly take innocent lives if allowed to stay alive? Anyone who has read enough Batman comics has similar questions, especially when it comes to the Joker. Now there's a shamelessly meta reason Batman will not kill. DC wants the ability to tell new stories with the Joker. And that's the main reason Spider-Man doesn't kill. Marvel likes having recurring villains and it's difficult to do those in a series in which the hero finds a permanent solution to all the prison escapes by super-powered criminals.

A counterargument is that Spider-Man shouldn't make a habit of killing, but that it could be interesting to put him in the position for just one story. But where do you go next? Once he's crossed that line, it will be easier to do so again in the future. There is also the impression that if he isn't put in the same position in the future, the writers just aren't pushing him hard enough. And when a subsequent atrocity inevitably occurs in later issues of the Spider-Man comics without the wallcrawler crossing the same line, detractors will ask whether the previous situation was so much worse. It would draw a lot of attention to storytelling decisions made by the writers and editors, which makes it difficult for the reader to agree that this is a decision that this character might reasonably make.

Under the right circumstances, Peter Parker would probably kill a bad person. I don't think Brevoort or anyone at Marvel was disputing that, although there is a certain integrity to someone who will not compromise even if innocent people will die. That would be a different direction to take the series, dealing with Spider-Man's guilt when his decision to spare the life of a madman has led to the deaths of innocent people. During his runs on Peter Parker Spider-Man and Spectacular Spider-Man, Paul Jenkins often put Spider-Man in really difficult positions on the issue of life. So that might be one thing for the writers to consider, placing Spider-Man in a situation in which any other superhero would have a different response. Although that may be too controversial.

Brevoort's response touches upon a theme of this essay series. Meaningful decisions for the Spider-Man comics should not be made casually. If someone wants to do a story in which Spider-Man is pushed into taking the life of a villain, they had better be willing to deal with the long-term consequences of that. They should also have a vague idea regarding what their successors on the title would do with that development. It's irresponsible to just do it as a way to give a story a memorable ending.

The ramifications could be interesting, but you need a writer who wants to tell that particular story, and is willing to devote the right amount of time and effort into the long-term and short-term consequences. Every page of a comic book is valuable real estate, usually representing at least a day of work for the artist. This development would be one that shouldn't just be glossed over. But you also have to be careful to make sure that it doesn't overwhelm everything else that is going on in the title.