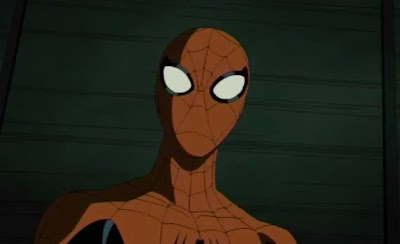 Now, I don't mind Bell as Spider-Man, but speaking as a big fan of The Spectacular Spider-Man, I would have really enjoyed hearing Keaton reprise the role for one last time.  Marvel most likely did this to promote brand consistency, catering to Ultimate Spider-Man viewers who want to see more of their Spider-Man onscreen.  Although I understand why they did it, it still sucks, and along with Earth's Mightiest Heroes impending cancellation, is just another one of the lame moves Marvel has made in their animation field as of late.

Josh Keaton, a true professional, has taken this all in stride.  For his reaction, here's the full article.
Read More
Newer Posts Older Posts Home