A routine prison transfer turns into anything but when the Hobgoblin shows up! 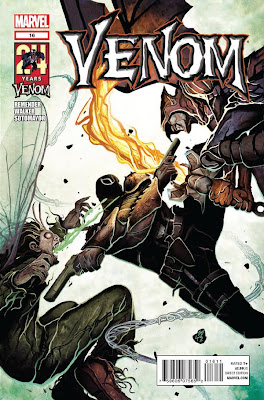 Venom is overseeing the prison transfer of obscure Spidey villain the Human Fly to the Raft aboard a sky train.  From his cell, the Fly tells Venom that he owes the Kingpin money and if he doesn't pay the Kingpin's going to kill his son.  He asks Venom to let him out so he can protect him, promising to turn himself in afterwards.  Sensing that Venom's hesitance, the Fly asks Venom to at least deliver a letter he wrote to his son before he is killed.  Just then, Agent Darymple takes Venom aside and tells him that the Kingpin has put a hit out on the Fly, and that one of his two guards is planning on collecting the bounty.  Venom attempts to trick the two guards into entering the second cell but before he can Darymple reveals himself to be the Hobgoblin in disguise!

After killing the two guards, Hobgoblin offers Venom a deal: ten million dollars to help the Kingpin kill the Fly, Crime-Master and Jack-'O'-Lantern.  Venom pretends to agree to the deal and let's the Fly out of his cell, who then hits Hobgoblin with his acid spit, starting a three way battle.  During the fight, Hobgoblin is able to knock Venom off the train, leaving just him and the Fly.  Venom quickly returns on a motorcycle, using it to hit Hobgoblin off the train.  Venom attempts to recapture the Fly but is forced to let him escape to save one of the guards.  Before leaving, the Fly tells Venom to read the letter to his son, telling him he'll find it illuminating.  The letter simply states: "I don't have a son!"

Rick Remender delivers yet another superb done-in-one issue!  It was a lot of fun watching Venom take on the new Hobgoblin, made even better by Kev Walker's stunning artwork.  Remender also makes the Human Fly into a credible threat, as he is able to hold his own against the Hobgoblin.  And although you see the ending coming from a mile away, it still packs a punch.
Read More 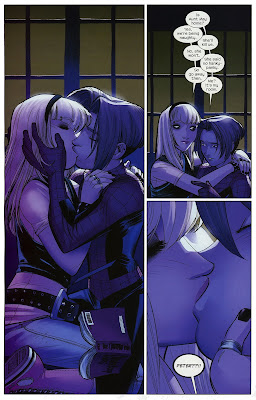 The illusion of change works best if the readers don't know how the story is going to end, or where the characters are going to end up. One of the things that worked about One More Day is that it muddied the water about whether Peter and MJ will end up together, and other factors as well. That provides a lot of flexibility in the future, in both the regular Spider-Man comics, and other renditions of the story.

For example, the first issue of the post-Ultimatum Ultimate Spider-Man had Peter Parker fooling around with Gwen Stacy. This did upset some readers who liked a book where Peter and MJ were a couple, especially after the events of One More Day. But it represented an advantage of getting rid of the spider-marriage in the 616 universe: the ending of the story (or this facet of it) was no longer certain. It wasn't entirely clear whether Peter and MJ would rekindle their relationship in the Ultimate comics.

This means you don't know how the new Spider-man movies are going to end. If in an upcoming film, an actress playing the Black Cat has incredible chemistry with whoever's playing Peter Parker, the Director will be better able to take advantage of that, now that no one will be able to argue that the "real" (and by this I mean, the 616 Spider-Man whose adventures have been published since Amazing Fantasy #15) is happily married in the latest Amazing Spider-Man issue, so it wouldn't be clear that the Movie Peter Parker will get back together with Movie MJ eventually. 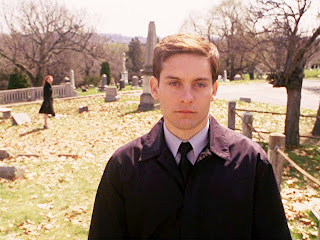 When the first Spider-Man film ended, most of us knew Peter and Mary Jane would eventually be a couple because they were married in the source material. This hindered the ability to have any significant "Will they or won't they?" tension, and took away from the ending of the movie.

Many readers still think that the story is guaranteed to end with Peter and Mary Jane together, but it's something that is increasingly ambiguious. While getting rid of the sense of inevitability may take more time, it's pretty much impossible if the "real" (or original or classic or whatever term you want to use) Spider-Man is happily married. The more distance we have from OMD, the less inevitable a reversion will seem.

The muddied waters also help in the Amazing Spider-Man comic book. When a plot point is resolved, there's an expectation that the characters will get to the next step. When Peter graduated high school, the understanding was that he would soon go to college. When Peter and MJ were married, there was an expectation that at some point they would have a family, and there were reasons for Marvel not to go with that approach. 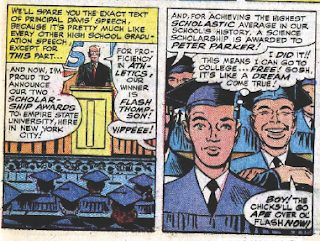 Prior to One More Day, the writers still had the freedom to explore other aspects of the character's life, including different career paths and education choices. You could argue that since the comics featured Peter graduating High School and College, it should be okay to show him taking other fairly normal steps, including marriage. But there are a few distinctions. It was something that unambiguously opened up new storytelling opportunities. For a guy with his intelligence and background, graduating college was even more likely than getting married.  But the problem wasn't just that the character got married, but who he got married to. If Marc Webb wants to make Peter Parker a student of NYU rather than the fictional Empire State University, most readers wouldn't care. But they would have been bothered if a future Spider-Man film ends with the character marrying someone else. Or they would believe that marriage was still doomed to failure, because everyone knew that Peter was going to end up with MJ at some point.

One More Day muddied the water on two other developments which could have been definitive moments for the series. Harry Osborn's resurrection meant that his story wasn't guaranteed to end with a last-minute redemption, when the character died to save his best friend. The remasking meant that even the public's knowledge of Spidey's identity was a genie that could be put back in the bottle. The ability to shut some of the monsters back into Pandora's box is crucial to the illusion of change.