Infinite Spider-Man 9.16: Benefits of the Spider-marriage 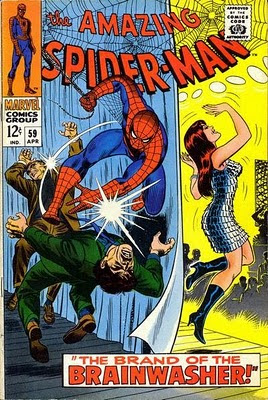 Joe Quesada did articulate his motivations for preferring Spider-Man to be single. So if Alex Alonso, or any future EIC decides to reverse the decision, they're going to have to articulate the benefits of their approach as well. Instead of explaining why One More Day was bad, they're going to have to explain why it's a good idea to undo the most successful attempt at accomplish something Marvel editors and writers have been trying for years.

So let's look at the benefits for the Spider-Man comics when the lead character is married to Mary Jane. Some rationalizations will be better than others.

There are some pleas that undoing OMD will help the writers in certain ways. One common complaint is that writers ran out of stories to tell with a single Peter Parker, but I don't quite buy that part. How have the storytelling opportunities behind a single Peter Parker been exhausted when they haven't for a married Peter Parker? If Spidey's a bachelor, at least you can shake things up by changing his partner, and by changing MJ's partner, as well.

I think that the marriage limited the writers, but it could be argued that this forced them to be more creative. Now when a young woman is introduced in the supporting cast, she has to be more than just a possible romantic interest for Peter Parker. Writers also have to manage the short-term aspects of the protagonist's private life, without the cheap escapes allowed when the character is single.

Some have suggested that earlier writers failed to take advantage of the marriage, but I think that claim is flawed. It's largely untrue, since many top writers did a good job of exploring their relationship. The guys who didn't do well typically had other problems with their runs. Also, blaming the writers isn't an effective way to advocate for a preferred direction. It's better to suggest why something was advantageous.

While she was the most significant character in the Spider-Man's book, as Peter's top confidante, romantic interest and roommate, Mary Jane was Peter's "anchor," someone for him to interact with in almost every issue. There are some benefits to that for writers and editors. It's an artificial way to give the issue to issue developments more weight, when there's someone the lead can discuss all this stuff with.

MJ's constant presence would also work if the series returned to earlier publishing formats, exploring the character's adventures in several ongoing monthlies. In Amazing Spider-Man, she can ask Peter about something that happened in Marvel Team-Up, thus making the satellite book seem more significant. It still works with one title with multiple rotating creative teams. If Writer A has a fight between the two, Writer B can open his story with MJ still a little bit angry. These things don't work as well when there is no one constant presence in the title, which can result in stories seeming inconsequential.


Knowing that there's one element in Peter Parker's life that's relatively stable (you could also argue that it's at least two elements, as Mary Jane is his romantic partner and his room-mate) is a blessing for anyone who doesn't know when exactly their work is going to be published (someone writing evergreen fill-in work, an artist with a time-consuming approach, etc).

The writer may not know whether his five part epic with Paolo Rivera is going to be published before or after Peter Parker gets a new job, Harry Osborn returns to New York City and Aunt May moves to Florida with Jonah Sr. But knowing who Peter Parker is certain to be living with makes it easier to set the story between other issues. And the guarantee of a confidante means there's someone for Peter to communicate to, and talk about events in earlier issues.


And if the character has multiple constants, it's tougher for the writers and editors to shuffle the publication schedule around. If a story in which the Daily Bugle is bombed is delayed, that will complicate the publication of the story in which the Bugle staff deals with the fallout. But if Peter isn't at the Daily Bugle every issue, but he does interact with his wife in every story, a small change to the dialogue is all that it would take to avoid a scheduling snafu. This wouldn't prevent the creative teams from sending MJ away for a limited time, if that fits their narrative purposes better. But her consistent presence would be help the series in many ways. 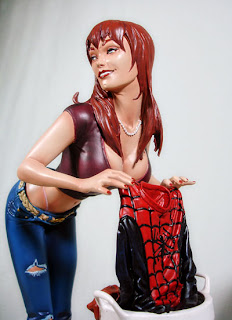 
There are a few branding advantages to having Mary Jane as Peter Parker's wife. It elevates her status inside the Marvel Universe, which results in her appearing more outside of the comics. This essentially creates an A-list comic character, one who Marvel tries to use to appeal to women and girls (the Spider-Man Loves Mary Jane series, the novels, the dolls). Having a young woman as such a consistently important character can help reach female readers, an untapped audience that buys plenty of manga, and watched the Raimi/ Maguire Spider-Man movies, which were successfully promoted with Mary Jane's role.

As a gorgeous redhead, Mary Jane is also marketable for stuff like posters and statues. The marriage cements Mary Jane as Spider-Man's primary romantic interest, so that most readers of Incredible Hulk could be expected to know who she is, which could increase their enjoyment of a brief one-page cameo. This wouldn't work as well with a generic girlfriend who might not even be in the book five years from now.

As Spider-Man's been a superhero for more than a decade, it makes sense to have a significant character be less jaded with the superhero stuff. This provides an "ordinary" person's point of view. Although a counter-argument is that there has to come a point when MJ should also be jaded. And it's problematic for a character with everyman appeal when he consistently needs someone else to serve as a bridge between the readers and his adventures.

On the question of whether it's easier to relate to a married guy than a single guy, there is a flaw in the OMD defense that everyone's been single at some point, so it should be easier to identify with a single guy. It's not as universal as it seems. There are plenty of readers who married their high school sweethearts, and who had boring lives as single guys and girls prior to satisfying marriages.

Even if you're not married, if you've been in love, you've probably imagined what it's like to be married to a specific person. There's something sympathetic about a young guy without many resources having to support a family. It adds to Peter's responsibilities, and distinguishes him from all the characters with contrived romantic troubles.

Fully two-thirds of Americans believe in soulmates. So many readers would be very willing to accept that these two characters belong together. Even four years after Brand New Day, it's difficult to convince readers that these characters could have other soulmates.

For the last two decades, the median age for a first marriage for men has been 26-27, roughly Spider-Man's age now. So it would also be completely normal for the lead to be married.

There have been some rationalizations that undoing One More Day, or at least restoring the marriage, comes with some pluses for the Editor in Chief. It allows Alonso or any subsequent EIC to differentiate himself from Joe Quesada. The removal of the marriage is seen as illegitimate by some given Quesada's opinions on the matter. Therefore the next Editor in Chief restoring the marriage would demonstrate to the readers that these decisions won't be determined purely by the preference of the EIC. Though this might encourage the EIC's successor to do the same with one of their biggest developments.

But there are some other other positives. It'll provide an Event for the Spider-Man comics in about five or so years. The next generation of comic book writers grew up on a married Spider-Man, so this would be a way for Alonso to get a head start, before these guys start writing Spider-Man scripts, based on ideas they came up with when they assumed Spidey would be married forever.

It's possible, if not likely that more people will pick up the book than will drop it once One More Day is undone. The development would make the book more appealing to the older readers who make a majority of Marvel's customer base. And it does seem that the people who prefer Spider-Man to be married are more passionate than those who prefer the character to be a bachelor. I doubt that there would be as much of a short-term backlash.

Also, the comics are just less diverse if every version of Spider-Man has a somewhat similar set-up. If Spider-Man's married in the comics, Marvel's still gong to publish stuff featuring a single Spider-Man (IE- Untold Tales) resulting in more variety, which accommodates a more heterogeneous readership, which should also provide more of a cushion against declining sales. 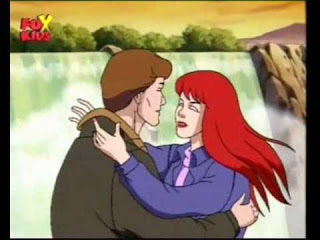 Implications For the Character


It's complicated, but some would contend that unless One More Day is undone, Peter Parker will be pigeonholed as the lovable loser. A core aspect of Spider-Man has always been that he's a character who grows. Therefore it could be advocated that the regression must be undone, so he could get older, and have children, and get a steady nine to five, all of which is part of the character's growth.

One could argue that OMD violated the trust readers had when following Spider-Man's adventures. So either the storyline has to lead somewhere (a reckoning of some sorts), or it has to be undone to restore the sense that Peter Parker's adventures matter. This does get to the heart of the responses to the story. It undid more than just the marriage, as Aunt May forgot that Peter Parker was Spider-Man, Harry Osborn came back from the dead and even Spidey's organic webbing went away. The story existed to get the characters from Point A to Point B, but it's so significant that new readers will discover it and be disappointed that it's being intentionally ignored. There were other stories that existed to change elements of the status quo (The Night Gwen Stacy Died, the wedding annual, etc) but there were still follow-ups, which made it easier to enjoy those as part of a larger arc.

Using a supernatural method to retcon the marriage was contrary to the spirit of the franchise. Therefore the marriage should be restored, and if the next EIC wants to get rid of it, he should use natural means (death, divorce.) Because otherwise readers who pick up a controversial and much-discussed arc might get the wrong impression about the series. And undoing OMD also resolves the awkward continuity questions about the Clone Saga that you get when a major character's pregnancy might not have happened..

While there are many reasons to undo One More Day, I just don't believe those to be as powerful as the arguments for keeping the current status quo.