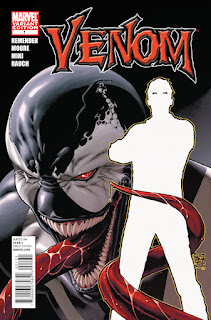 So now that we've covered the tone, setup and characters, it's time to really dig in and begin crafting a story, but how exactly do you create a story based on a Spider-Man villain, without Spider-Man?

Like I said previously, Venom has to be able to stand on his own two feet. He has to be a man with his own mission. Reintroducing the character will take a lot of careful footing, because in order to capture the hearts of movie goers, Venom has to have both a courageous side and a vulnerable side.
Simply put, the main character's plight has to be obvious.

With Venom you could certainly go into a tale about his dual nature and liken him to a Jekyll and Hyde persona, with links to him struggling to balance himself.

If the Sam Raimi films are to be cast aside completely, then a modified origin story for Venom would be better off being told from within a Spider-Man movie, rather than having to explain the entire background in the opening scenes of a solo endeavor. Naturally the Venom movie could expand upon the main characters past, but without having to delve too much into how he became the host to an alien life form, simple recap should do.

Since there really isn't any key defining story of Venom to draw on; finding a road for the main character to travel isn't going to be easy, but I believe that if you focus on his battle to overcome personal demons and his fight for a noble cause the story will almost write itself, and it doesn't necessarily need to be bogged down in extensive continuity or excess narration. I think a simple tale of redemption the first time out will be more appreciated.

When you get into character development, again just like Spider-Man here you have a character that has been given power and the chance to change his life, yet he doesn't quite feel the same responsibility. He sees opportunities for both god and evil, but he doesn't always choose what’s right but in the end, he learns just why it's so important to do right.

There are so many possible directions for this story, it's hard to choose, but something that really seems logical is that the government would want to get their hands on this alien; meanwhile Flash or Eddie is trying to use it to survive, for vengeance, or protect others.

Another interesting route the story could take is that perhaps Venom has been blackmailed for a crime and needs to use the symbiote to prove his innocence. I could easily see Eddie or Flash getting themselves into a bad social circle and being strong armed into working for villainy, but it's how they get themselves out of that mess that becomes the real story.

You could certainly make Flash or Eddie an undercover cop, However, street crime really seems like a cliché' that all superheroes, including Spidey already deal with. Therefore to avoid conflict, and redundancy Venom should make his jurisdiction internationally, which is why portraying him as a government controlled black ops agent would be very appealing and accommodating as both an ally to other heroes, and as a space alien on a leash. Plus, with the added attraction of the bad guys always trying to extract his power for their own purposes, and I feel like you would have one very compelling fast action thriller.

It all should make for a very exciting tale of adventure, action, espionage, crime drama and alien investigation. So in part the movie would be similar to Men In Black, 007, the Fugitive, and maybe even a little Hellboy for good measure.

Venom undoubtedly has strong visual appeal and the potential to be a good popcorn munching matinee, but beyond that, only the most gifted and inspired of Hollywood visionaries will be able to mold this story into a memorable cinematic experience that audiences will want to revisit for years to come.

Ultimately, whether the movie prevails or not, there's no denying that Venom has already earned his spot as a pop culture media icon and the quintessential alien monster of the marvel universe, deserving of all the lore and fandom one can possibly dream of. 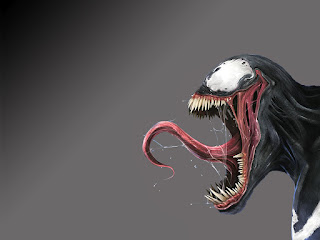