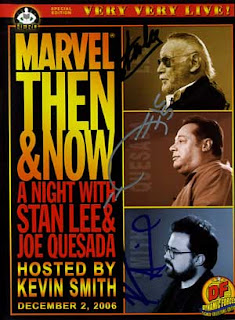 One of the arguments against Joe Quesada's guidance of the Spider-Man comics is that he lost the moral high ground. If so, the current series is tainted, even if there's a new EIC. The argument has been made that the direction should be reversed, to demonstrate to the fans the company's willingness to redress past wrongs.

In the previous entries, I looked at whether he was a hypocrite. Now it's time to see if Quesada was an outright liar. In most conversations about anything he has said, there are references to supposed lies he made in the past, as a reminder that what he said should be taken with a grain of salt, if not ignored. The subject came up often enough that CBR has a 1200+ post thread about it.

Quesada held a fairly high profile position for a decade, with all sorts of comic geeks picking apart everything he says. Blogging for the Atlantic, Andrew Sullivan has a section in which he lists the lies of a politician he dislikes. Quesada’s not as important as a former candidate for national office, but it’s an indication that someone looking to score points could easily provide this information in a readily accessible form, if it existed.

He has been asked a lot about One More Day, so there have been plenty of public statements on the matter picked apart by his detractors, trying to poke holes in any of his arguments or rationalizations. Any contradiction or inadequate explanation is taken as evidence of poor judgement, often out of context. If someone spends dozens, if not hundreds of hours, discussing a decision in multiple venues for public consumption, in interviews and comic book convention panels, occasional brain farts and bouts of hyperbole are almost inevitable, with the mistakes receiving a disproportionately high amount of coverage.

I wouldn't think too much of it, nor does it seem fair to allow that to define whether or not the people at Marvel were able to articulate the reasons for their decision. If you get asked a question fifty times, you might have an inarticulate moment (I'm keeping this phrase should I ever become a campaign spokesman) every now and then. By exaggerating the significance of that, the critics cede the ethical high ground in an argument about moral superiority. 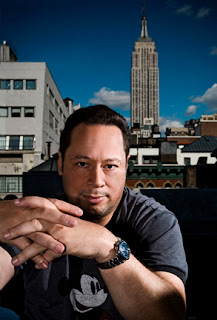 Quesada's human. Which means if he makes thousands of statements, he'll mispeak a few times. Or be misunderstood, as seems to be the case with most of his "lies." Or make statements about plans that will end up turning out differently. Most people have nuanced positions, which can take a while to articulate, a complication in an interview where a pages-long answer isn't appreciated. Add to that the problems of potentially spoiling a story, and then the ease with which one can be paraphrased.

Quesada’s often compared unfavorably to his predecessor Stan Lee, who may just be the best ambassador the comics medium has ever had. Quesada often places himself in situations in which he doesn't have control over the questions being asked, which wasn't really a problem for Stan Lee, who dealt with letters to the editor. And the internet allows fans to maintain records of what Quesada said, as noted by how often they'll referfence something he said years ago. Plus, Quesada's dealing with more titles and a more long-term approach (I doubt Stan Lee's tenure as EIC ever had the Spider-Man writers mapping out the book an year and a half in advance) which increases the number of incriminating "answers." In addition, today's media formats allow greater scrutiny of Quesada than Stan Lee received. Youtube has made factchecking a lot easier, which complicates the lives of politicians and PR guys.

We can probably agree that there are circumstances under which it is acceptable for a professional to tell a lie. Obviously, slander or libel is not suitable. Neither is blaming someone else for your mistakes, or distorting the truth to cover your own mistakes.

But it's appropriate to lie to save face for another. For example, there's no moral obligation for Quesada to announce that a writer was fired for complications resulting from a cocaine addiction, or that he'll never work with an artist who insulted his dead father. "Creative differences" will suffice, even if it's technically a fabrication.

I think it's also acceptable to lie about spoilers. There are times when you can't weasel out of answering a question. If Alex Alonso said "I don't know, but I'll get back to you?" he'd be eviscerated by fans who correctly point out that it's his job to know that stuff. Technically, it would also be dishonest, as in most cases, he does have the information that the fan wants. Saying that he can't answer a question because of a potential spoiler also suggests that there is a spoiler, which would also invite much unwelcome discussion. Hell, there might be an article on this site pondering Alonso's revelation that there was a spoiler.

Sometimes fans ask about rather specific questions about plot points that have been seeded in the past, and an unambiguous lie is the only way out. On a Babylon 5 forum, J. Michael Straczynski was asked if a character from the past had any children. He answered no, even though the character ended up having descendants. JMS then admit that he lied in order to preserve an important surprise.

Some of the most-referenced lies by Quesada were much more ambiguous. While Marvel did promise that "dead means dead," it essentially applied for the period when Grant Morrison wrote New X-Men. It's entirely possible for a company to change policies, and Marvel eventually eased up on the restriction after a few years. 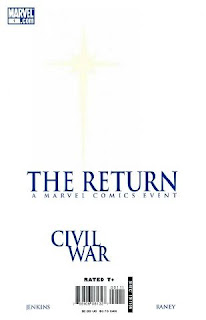 Some of the quoted "lies" turn out to have been misdirections. Quesada had said that Captain Marvel wouldn't return, which some considered to be a deception after his appearance in Civil War. But it was later revealed to be a Skrull, and I've seen nothing to indicate that it wasn't always meant to be that way, as Bendis had been setting up Secret Invasion for more than an year before Civil War started.

Some supposed lies come to a question of interpretation. There may be diverging understandings about what was meant by a term like "younger readers" as policy involving teen readers would be different from policies involving fans in kindergarten. Prior to One More Day, Joe Quesada said in an interview that he wasn't planning on pulling "a Bobby Ewing" in the Spider-Man comics. Whether he lied depends on what he meant, especially in the wake of the One Moment in Time storyline, which revealed new details about how the public forgot that Peter Parker was Spider-Man. A "Bobby Ewing" could be understood as referring solely to an "everything was a dream" situation, which isn't quite the case with OMD, as all those stories still happened in some fashion.

One oft-cited example of a lie turned out to be untrue. Detractors constantly claimed that that Joe Quesada had promised years of stories with the world knowing that Peter Parker is Spider-Man. After an attempt to find the source for these comments, it seems likely that some readers mixed up something Quesada said in an issue of Wizard with something another writer said in the next issue.

Marvel Editor-in-Chief Joe Quesada assures that this is more than a ploy to raise sales. "If there had been no plan behind it, I would have stopped it in its tracks," admits Quesada. "But knowing what's happening an year or two down the road and how it plays into Spidey stories has me feeling really good about [this]."

"I hate it," said Moon Knight writer Charlie Huston. "I think it's a bad call both in terms of the character and the long-term health of the title. I can't imagine this will be one of those "it was all a dream" scenarios- I imagine that Marvel editorial and the writers handling Spider-Man have some specific and powerful storylines planned to spin off on this, and I expect there's going to be some great stuff they can do with the title for a couple of years."
There was a plan for the unmasking, and Quesada knew how it played into Spider-Man stories in 2008 and beyond. The "years of stories" comment was speculation by Charlie Huston, who was not speaking for Marvel. Nor did he have inside information regarding the direction of the Spider-Man comics.

As much as some fans may think otherwise, whether Quesada had lied over five years ago should have little impact on the direction of the Spider-Man comics now. That question comes down to the relative benefits of possible approaches.