So by now you’ve probably heard the news, read the reports, and recycled the rumors about Sony pictures plans to produce a Venom based movie.

I’m not here to dish on who the new writer director will be or should be, but rather stop for a minute and explore the notion of green lighting such a film.

but, is it really going to be all its cracked up to be? In other words will a Venom movie hit the spot or miss the mark?

First of all lets ask ourselves, is now really a good time for a Venom movie to take flight? I feel like these news and rumors have come out of left field and at a very awkward time. Just as Spider-Man is about to launch into a movie reboot that could potentially downgrade the franchise, plans for a Venom movie are being pushed. I can’t help but feel strongly that without proper exposition and careful setup, Venom will be bound for failure.

On the surface the prospect of making Venom into a big screen super hero may seem like a surefire thing, but realistically a Venom movie sounds like a total shot in the dark. Taking a stab at portraying the massive muscle bound alien, on a wide range format may prove to be no easy task. Seeing as how the infamous Spider-Man 3 failed to truly harness Venom’s story potential, it really seems more like an opportunity lost than an opportunity begging to happen. Resurrecting an interest in the character and threading his detailed origin story (See “planet of the symbiotes”) might just cause any would be hopeful director to shy away.

This is defiantly a character that needs to be re-established in the Spider-Man movie continuity prior to audiences being expected to let him lead the way. I say, give Venom a chance to shine as not only a deadly rival to Spidey but, also as a valuable ally yet unique individual with his own set of moral principles and motivations.

Without Spidey as a catalyst to fuel that fire, I fear that Venom will go the way of Wonder Woman, in that she has great potential on her own but never really gets the proper launching pad necessary to be the main attraction.

I’ll leave you with those thoughts for now but prepared for more discussion soon, as I attempt to explore the various complications in making Venom into a live action novelization. 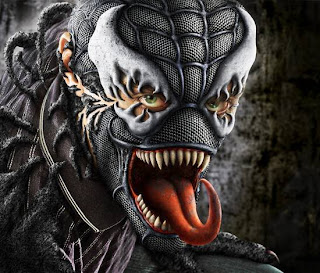