The Infinite Spider-Man 10.9: The supermodel wife 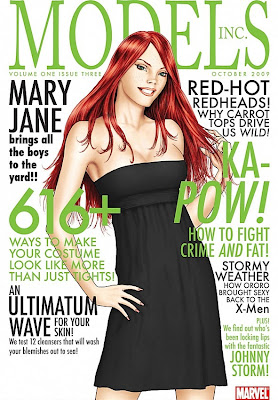 One of the most oft-mentioned arguments against the spider-marriage was that it was wrong to have Peter Parker be married to a supermodel. That usually results in all sorts of debates about whether or not Mary Jane can qualify as a supermodel.

To get that out of the way, I would suggest that Mary Jane was usually depicted as someone who would be described as a supermodel. While she is usually not depicted as having the same amount of money as most supermodels, she did successfully work as one for several years. At the very least, she’s a woman unambiguously attractive enough to get a job as a supermodel, even if she chooses to do something else with her life.

A counterargument is that most women in comic books are knockouts. In the Amazing Spider-Man film, Gwen Stacy will be played by an actress who often appears on lists of the most attractive women in the world. I would argue that within a work of fiction, there is still a difference between a woman who is attractive, and a woman who is so beautiful that movie stars fall for her, she was able to make a living as a supermodel and people are impressed by the guy who merely knows her. So the claim that she isn't a supermodel is a distinction without any meaning.

This further limits writers, who need to come up with reasons Mary Jane isn’t making enough money for the Parkers to live comfortably. JMS had a good compromise, having Mary Jane become an off-Broadway actress. But she's still a former supermodel. It's a genie that is rather difficult to put back in the bottle.

A potential counterargument is that her status as a supermodel was a development by later writers, so the focus of the effort should be undoing the mistakes of those writers, rather than splitting up Peter and MJ. But her beauty was lampshaded in her first appearances in the Spider-Man comics.

Recently, I've noticed more general references to Spider-Man's "lovable loser" status in the non-comics media, with stuff like the unemployment comic book. And I think that has something to do with the removal of the marriage in the comics, which meant that the character was no longer fated to marry a supermodel. This is Spider-Man's core: he's the guy who struggles with everyday issues. This doesn't mean that things will always go badly for him, but there should be the possibility. When the character was married, it meant that there was one less thing that was likely to go badly.

A character on Glee explained his nervousness about a girl, by saying that he's like Peter Parker without the spider-powers.


A writer for Entertainment Weekly liked Andrew Garfield's gaffe at the Golden Globes.

The actor didn’t have any problems with Aaron Sorkin's tongue-twisting dialogue, but something about the phrase ''inspiringly written'' led him to stumble. Fortunately, Garfield played off his gaffe with adorable aplomb. Yay for New Spider-Man! 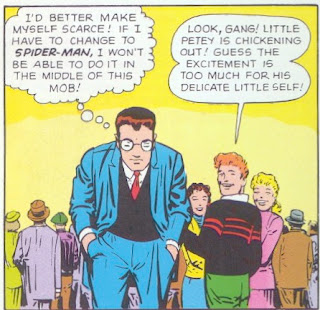 Perhaps after OMD, the media's regained an understanding of what Spidey so likeable and unique. Or maybe they were making these types of comments earlier, and I wasn't paying as much attention then.

The loveable loser aspect distinguished Spider-Man from all the other superheroes. The character's marital status affects his ability to be endearingly awkward, because any errors Mr. Mary Jane Watson makes will be unlikely to cause him much romantic turmoil. If something else goes wrong because of "the parker luck" it is generally lessened by the fact that he's married to a gorgeous, loving and understanding woman.

It seems to me the point of making MJ a supermodel is to establish that she is really attractive, even when compared to the likes of Gwen Stacy and the Black Cat. It's a way to indicate that she's out of Peter's league.

And that works differently if she's his ex or a potential romantic interest than if she's his wife or long-term girlfriend. The first two fit the Spider-Man brand better than the last two.

If I had to answer what Spider‑Man was "about" I'd say "hard luck superhero." He's sometimes successful and he's sometimes not successful. When he's married to a loving and supportive supermodel, it's difficult to show him as not being successful in his private life. The problem with giving Peter something good in his life that isn't fleeting or transitory is that it'll have to be something permanent, which goes against the serial format. 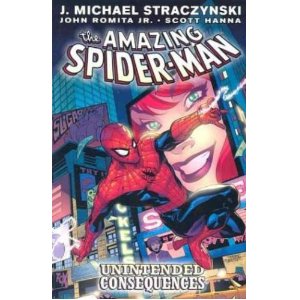 At this point, it’s worth clarifying one important and slightly misunderstood detail. Peter Parker shouldn’t always be miserable or need to face extreme conflicts. But it should happen every now and then in varying degrees. In addition, the periods in which things in Peter’s life is going well are simply more dramatic if the reader is aware that there could be a sudden reversal of fortune at the end of the next issue.

There is the assumption that a single Peter can’t catch a break. This is untrue as Peter dating a nice girl is a lucky break. Peter marrying Mary Jane is an eternal win, which resonates throughout the rest of the series. It's permanent happiness which Peter Parker should not have unless the Marvel Universe is coming to an end.

The Illusion of Change requires the possibility of setbacks. It operates on either small wins or big wins that restore an earlier status quo. So that would be if a sick character is cured, or someone is able to repair their reputation. The marriage was a big win that resulted in the character being better off than he ever was before. And that just doesn't work for this type of ongoing adventure.