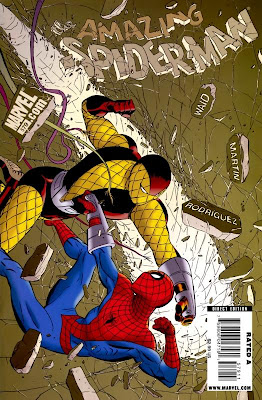 And now we're in the Top 25 of our list of the best Spider-Man stories to date.

What Happened: It's looking like an awesome day for Peter Parker. A metrocard with just enough money falls on his lap. He gets into the crowded Subway in the nick of time, and meets with a model who needs a photographer. And then his spider-sense goes off, as a Subway car full of people is attacked by one of his enemies. Now Spider-Man has to save a group of strangers from an increasingly precarious situation.

While Mark Waid (as usual) delivers a great script, it's Marcos Martin's artwork that puts this tale of survival over the top. The story of Spider-Man and a group of New Yorkers trapped inside a collapsing subway tunnel captivates from page to page as Martin uses his unique story telling skills to create some truly stunning sequences. His time on Spider-Man was far too short.


It may just be a coincidence that Marcos Martin drew both of my favorite stories from the first year of Brand New Day, as there was more to the material than just incredible storytelling. This was just an exceptional situation to put Spider-Man in. As far as deathtraps go, it's one of the best in the franchise's history. I think it's going to be copied in the future the same way everyone copies the death of Gwen Stacy, the Kid Who Collects Spider-Man, or the rubble scene from the Master Planner saga. 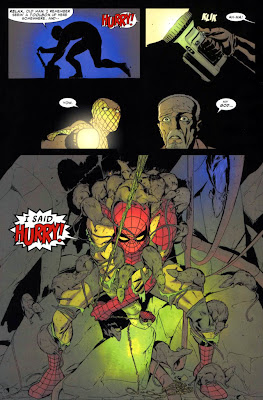 What the pros say: Tom Beland praised the story.

... is the greatest issue of any comic this year.

I'll tell you something. It's no secret what a boner I've had for this character my entire life. There's a reason. He was a character I was instantly drawn to because he had such a great personality to him and the stories took me away, to this awesome place of fun and action.
This is the first book in over twenty years that pulled me back to those exact same emotions and feelings I got from back in those early days. Every page of this book is a time machine for me. The great humor, the put-downs that made me do spit takes and what happens on page 21 is a complete classic. And I mean CLASSIC.

And there's no doubt about it. Marcos Martin is the greatest Spidey artist since the days of Ditko and Romita. His Jonah J. is perfect. Spidey in a ruined costume, page 21... man... it has to be a dream to work with this guy.

Anyhoo... really check this book out. And for guys my age... pour yourself a big bowl of Cocoa Puffs, put on your old baseball cap and enjoy a wonderful comics glow that you haven't felt in years.
Awesome time.

What others say: It was #24 on Complex.com's list of the top Spider-Man stories and #29 on CBR's list. It made the runoff for best short-form Spider-Man story of the last decade, losing to Doomed Affairs. Adam Chapman of Spidefan gave both issues a 4.5/5 review. 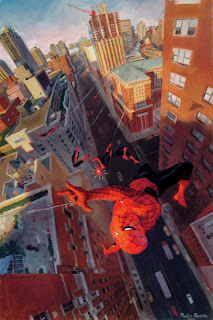 What Happened: A young man with cerebral palsy, utterly unable to communicate with his loved ones, enjoys seeing Spider-Man in action. But unfortunately, this poor guy becomes a target for Morbius, who likes the idea of a victim unable to scream or flee.

Why It's In The Top 50: Spiderfan001 explains why he liked this story:


Paul Jenkins crafts a wonderful story that sheds light on what it's like to live trapped inside your own body.  The story of Joey Beal and his family is heartbreaking, both for the sacrifices the family makes to take care of Joey, and for Joey who can't even express his gratitude.  Amid all this, Jenkins finds room to say something about Spider-Man as well.  When Spider-Man decides to share a secret with Joey, both Joey and the reader gain new insight into Spider-Man's character and the human condition.  Combine all this with the beautifully painted artwork of Paolo Rivera and you have one memorable done-in-one.

What the pros say: Paolo Rivera has a link to the painted art on his website. He discussed the difficulty in telling the story from the point of a view an immobile character.

What others say: It was #21 on Complex.com's list of the top Spider-Man stories. Jeff English of Spiderfan gave it a perfect 5/5 review.


Related Stories: Paul Jenkins and Paolo Rivera continued to work together on the Mythos series of one-shots, retelling the origins of Marvel superheroes, usually in time for film adaptations. 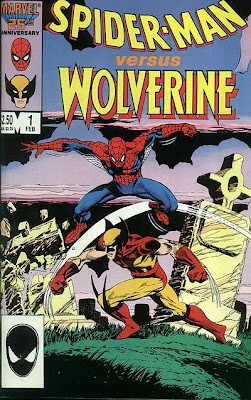 What Happened: After witnessing a brutal murder, a shell-shocked Peter Parker joins Ned Leeds on an investigation to Berlin in the 1980s. But he quickly becomes involved in a plot involving Wolverine, and an old friend of Logan's who has pissed off some nasty people.

Why It's In The Top 50: Mister Mets thought it was an excellent showcase of an out of his element Spider-Man.

One excellent detail which adds to this story's appeal is a small a scene in which Peter's reminiscing about the spider that bit him, and says that for all he knew the professor who shook his hand at the radiation exhibit was the source of his powers. And that's nowhere near the best moment in this dark story.

This story is about Peter Parker getting involved in something that's out of his league, on a mission to Berlin. It features a perfectly shell-shocked Spider-Man several times, as things just keep getting worse. Some of the great scenes involve dead grocery store owners, snipers & homeless men who see Spider-Man unmasked in Times Square, the discovery of a murdered friend, the search for a trigger-crazy suicidal friend of Logan's, lots of berserker rages, and a really violent battle with Wolverine, in which Wolverine demonstrates that the only way Spider-Man could win the fight is to kill him.

Other great moments include Peter really damaging his relationship with Mary Jane, his search for a black bodysuit in Germany (when he needs a costume), and a mistake that really traumatizes him. Pity it's referenced so rarely.

What the pros say: In an interview for the Dollar Bin podcast, writer Priest said Spider-Man VS Wolverine was the story he was most proud of. That's high praise considering his Black Panther run.

What others say: Andrew Kardon of Wizard declared it the 9th best Spider-Man story circa 1998. It merited an honorable mention on toptenz's list, where it was declared the second best team-up. Chris Sims of Comics Alliance declares it to be one of the most underrated Spider-Man stories, though he admits that "underappreciated" might not be the best word for the story. Spiderfan gave it a 4.5/5 review.

Critic Douglas Wolk praises the one-shot as an example of what makes Spider-Man unique.

It looks just like another exploitative piece of product (make two characters fight on the cover; watch it sell), but the point of its fight scenes and spy cliches is putting Spider-Man in a situation that’s a moral quandary for him and wouldn’t be for anyone else: an international intrigue that everyone tells him to stay out of because he’s out of his league. He can’t – because of the power and responsibility thing- and his doing what his ethical cod obligates him to do at every turn ends up making matters far worse. It’s not a particularly graceful or subtle comic book, and it wouldn’t have anything like the same impact for someone who hadn’t already read a hundred other stories about Spider-Man, but it’s an unforgettable superhero story whose force comes from the core idea of its protagonist’s history.