In previous entries, we looked at the directions of other superhero franchises at Marvel and DC, to see if there's anything in the approaches to superhero families that could be incorporated into the Spider-Man comics. But there are many superheroes outside of the Marvel and DC universes, from independent comics, manga, film and television. So let's evaluate some examples that have been mentioned by fans as possible prototypes for the Spider-Man comics.

Thanks to shows like Heroes and movies like Hancock, we're also no longer restricted to superheroes introduced in the comic book medium. Hell, in film and television, the writers and artists have been paid more than above-average comic book talent. There are usually more people spitballing ideas, so there are reasons to expect better results. And thanks to Pixar, we certainly got that. 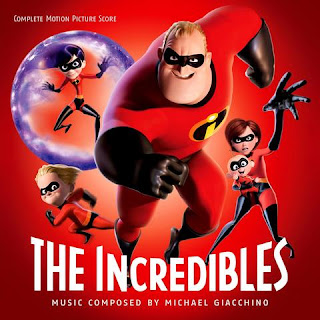 Pixar's Incredibles was a fantastic film that made an obscene amount of money. But while there's much the Spider-Man writers could learn about characterization and storytelling, there's less they can learn from the film regarding the management of the comic book series. The Incredible family has been in one movie, and some self-contained licensed projects, which have different narrative fundamentals than serials. It was a film with a definitive beginning, middle and end, and character development for everyone in the clan.

The rules shift when you have sequels, where characters have to go on to new and significant journeys often messing up developments in the first one. We have yet to see the impact of that on The Incredibles franchise. With the current Spider-Man books, there's a lot more material to deal with. A lot of money will be lost if you only have occasional sequels every few years. Instead there are hundreds of stories left, each with their own beginning, middle and end, meaning that Spider-Man’s character arc isn't coming to an end any time soon.


The Incredibles were also created to explore deeper issues of family and talent. This ambition drove the narrative, to the extent that the abilities of the characters were meant to be metaphors for for that. Brad Bird explained in an interview how he tapped into various paradigms when selecting super powers.

I tried to base the powers on family archetypes. The father is always expected to be strong, so I had him have strength. Moms are always pulled in a million different directions, so I had her be elastic. Teenagers are insecure and defensive, so I had her be invisible and have protective shields. Ten-year-old boys are hyperactive energy balls, so I had him be speed. And babies are unknown—they may have great powers, they may have none.

The success of the film also demonstrates that if writers want to portray a superhero family, they can just create one. They don't have to make irreversible changes to a currently popular character, and risk losing the things that make the protagonist appealing. 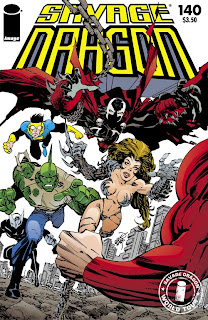 Experimental narrative techniques in independent comics are often adopted by Marvel and DC years and decades later. So it's worth looking at Image's shared superhero universe, which has been going for nearly twenty years.

Image comics has generally featured significant progression for the superheroes. Savage Dragon has continued in real time, but he was meant to grow old with his fans, something which writer/ artist Erik Larsen did intentionally to distinguish his character from Marvel and DC superheroes. It wasn't necessarily meant to pave the way for Marvel and DC.

Invincible also had similar progression, although it's a more recent title. There are some similarities to Spider-Man, as the book follows a young superhero balancing his private life with his duties as a superhero.  For a while, Robert Kirkman topped polls as one of the most popular choices to write the Spider-Man comics, although he subsequently announced that he's only interested in doing creator-owned work. I think it's too premature to use Invincible as a guideline for what should happen with a character who had been around for a decade before Robert Kirkman was even born, We don't yet know what will happen if he leaves the book. It's entirely possible that the monthly will have an "illusion of change" moment one day, abandoning the commitment to change approach for something that works better in the long run.

While Marvel and DC often borrow from independent comics, they don't just copy every innovation. What works for a smaller market may not necessarily work for the sales leader. Savage Dragon and Invincible often have passionate fans that love what distinguishes these titles from the norm. But sales are kinda low. What makes the Dragon an alternative to the conventional superhero doesn't necessarily make him appealing as the standard. 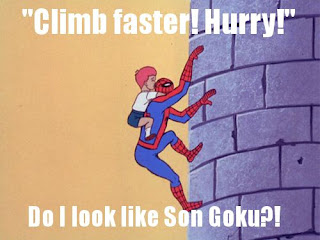 The most successful story with a superhero who grows up may just be Goku from Akira Toriyami's manga Dragon Ball. The serial prospered when Goku got married and had kids. This came with a major shift from a martial arts comedy to a high-action shonen about heroes who fought aliens and destroyed celestial bodies. The evolution was so significant that the anime adaptation altered the name to Dragon Ball Z.

These types of changes don't always work. Dragon Ball was essentially a creator owned project and writer/ artist Akira Toriyami opted for a different tone, upon realizing that the outrageous fight scenes were more popular than the Chinese fairy tale elements which were a big part of the earlier stories. But it's a leap to look at a series which succeeds post-transition, and assume the same thing would happen to the Spider-Man comics.

Like Dragon Ball, a  few superhero books have bloomed following a major change in the foundation. Chris Claremont's international X-Men redefined superhero team books, Frank Miller made Daredevil a truly street-level title, and Alan Moore used his second issue of Swamp Thing to reveal that everything the readers knew was wrong. But it's easy to just work backwards from the results, without considering all those books that failed after radical changes. Spider-Man is Marvel's top character, so many people have a lot to lose if a new approach to the franchise is unsuccessful. The writers are freer to experiment with mid-level or lower titles. And usually the most optimistic goal is to reach the level the Spider-Man franchise is at now.

I'm not even sure the changes in character were that significant in DBZ. Without missing a beat, Goku went from a goofy naive kid who ignored girls to a goofy naive dad who loved his wife and ignored all other women. The transition occurred when Toriyami chose to emphasize the bits his readers already loved. Such an approach would be different with Spidey when you consider everything that works.

When it comes to the direction of the Spider-Man comics, the writers can learn much from looking at these titles. But the lesson isn't that Peter Parker should get married and have a family. The Incredibles demonstrates the value of sticking to the fundamentals. Image shows how niche products can offer alternatives to the top two companies, which also suggests that Marvel and DC can do things that other companies can't. Dragon Ball exemplifies the advantage of concentrating on what works best.