The last entry was about the argument that Peter Parker's private life isn't that important, because the book's appeal is what he does as Spider-Man. A related suggestion is that because the book has such a great supporting cast, the writers should just focus on them. The secondary figures should be given interesting personal problems to get readers hooked. This leaves the superhero stuff for the title character, who can have greater stability in his private life.


There's a rule in any storytelling medium that if the supporting characters are more interesting than the primary protagonist, something is very wrong. It’s great to give Flash Thompson, Aunt May, J Jonah Jameson, Mary Jane Watson, Betty Brant, Norah Winters and any new supporting cast members compelling stories, but writers should remember that as characters, they’re just not as appealing as Peter Parker. Even if he were not arguably the best character in comics, it’s generally not advisable for the title figure to be overshadowed by the characters created to play off and compliment him.

Writers have to be careful to remember that the Spider‑Man series is not a true ensemble: there is one chief protagonist who drives the story. While it’s great to see a well written supporting cast, fleshing them out is not as high on the writer’s priorities as making Peter Parker’s private life compelling, writing Spider-Man’s superhero scenes well and inventing nasty things for the villains to do.

This isn’t Superman and Batman where writers often try to provide an everyman’s view of fantastic events. A significant part of Spider-Man’s appeal is that he is already the everyman. While the supporting cast can lead to great stories, it’s not a good thing if those stories are more compelling than those of the main character. This is often a bigger problem with DC, but it should never happen with Spider‑Man, who is such a compelling character to begin with.

For his first few years on Amazing Spider‑Man, J Michael Straczynski pretty much dropped Peter’s traditional supporting cast, a move for which he has been criticized. His explanation (from an interview with former Spider‑Man editor Jim Salicrup in Write Now Magazine #5) was simple.


I felt that Peter/ Spidey had gotten lost in his own book, drowned by the supporting characters. It’s been my experience in TV that this tends to happen when writers don’t quite know what to do with the main character anymore, so they try to find and create characters where they do find interest. The book is The Amazing Spider‑Man, not The Amazing Spider‑Man’s Pals. So I felt it was vital to pare away the majority of that and launch a re‑exploration of who the character is, with and without the mask. 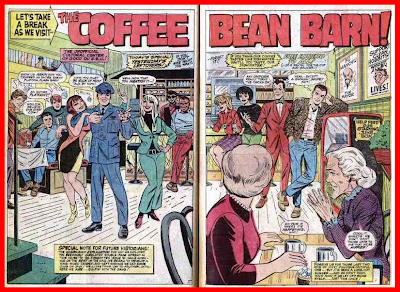 Straczynski’s greatest success on the title (in terms of critical acclaim and sales) may have been during his first twenty‑one issues where Peter and Mary Jane were separated. Sales of the title were only higher during the Civil War tie‑in and Back in Black when Peter’s life became even worse, and I believe one reason for that was that the emotional stakes for Peter were high, as he had so much to lose. It got readers to come back to see what would happen next. You don’t have that if you avoid making his private life interesting from issue to issue. Readers just aren't as invested in Liz Allen.

During the marriage, Mary Jane served so many roles she makes other auxiliary characters redundant (Lover. Room-mate. Best friend. Conscience. Sounding Board. Critic.) That could be a big reason JMS was able to have an acclaimed run on Spider-Man, despite the absence of the majority of the supporting cast. With Mary Jane around, there's less incentive to develop anyone else.

A vibrant supporting cast is essential for the Spider-Man books. It works best when it's somewhat close knit and controlled. The Lee/ Romita run may have just had the perfect assemblage. For the most part, it fell into three circles: Peter's school, Peter's job and Aunt May's home.

There were always links between the different groups. Aunt May's friend's niece Mary Jane quickly became part of the group Peter hung out with after school. So she could be in May's house or at the Coffee Bean. Gwen Stacy's father was good friends with Robbie and Jonah from the Daily Bugle. Which meant that Peter's City Editor was often at his girlfriend's house, or his girlfriend's dad was often at the Bugle.

In the Lee/ Ditko days, Betty was constantly jealous of Liz. And Flash Thompson was often a pain in the ass to J. Jonah Jameson. So there were intersections between Peter Parker's school and his workplace. That's lost if the various aspects of Peter Parker's life were splintered across various monthlies, as a few armchair editors have suggestes.

One problem with the Brand New Day era was that the supporting cast was often too spread out, with a few characters who didn't have any ties to others in the book. There were just too many groups, and conversely, too few people in some of the groups. It resulted in much less issue to issue continuity. Things are better in the "Big Time" era, where the cast is split into Peter's friends, his family, his co-workers and the staff of the Daily Bugle.

While they exist to buttress the protagonist, interesting stuff can happen to supporting characters. I had no objection to Aunt May getting married to J Jonah Jameson Sr, or Flash Thompson losing his legs in Afghanistan. The latter was a good example of an ideal change in comics, one which allows for new stories while not closing opportunities for later tales. There weren't that many potential storylines which required Flash Thompson to have the use of his legs. The only one I could think of was having him be an NFL star, though it's already stretching credibility to have Peter Parker know so many famous people. It's worth noting that after Flash Thompson's problems got more interesting, he went on to become a protagonist in another title, where he has a supporting cast of his own. Though in that book his problems are the most interesting. Just as Peter Parker's should be the most compelling in his title.