In the Ultimate Comics, Peter Parker died and was replaced by a new guy: Miles Morales, a thirteen year old Half-Black, Half-Hispanic New Yorker. Miles wasn't a clone, or descendant, which makes the character distinct from most replacement Spider-Men. So it's been asked whether a similar scenario is possible in the standard Marvel Universe.

With the buzz following the introduction of Miles Morales in Ultimate Fallout, I think it's likely that the character will appear in some form in the regular Spider-Man comics. But he probably won't be Spider-Man, as the situations are different with the standard Marvel Universe and the Ultimate Universe.

Prior to the introduction of Miles Morales, the Ultimate books were in need of a new raison-d'etre. The line started with accessible versions of familiar Marvel characters. But it lost its identity as writers Brian Michael Bendis and Mark Millar took their approach to the regular Marvel Universe, where there was an increased focus on accessibility.

One More Day may have precipitated the Ultimate Universe's existential crisis. It meant that there was one less difference between the Ultimate Peter Parker and the guy appearing in three books a month.

Bendis and company decided to shake things up with radically different versions of familiar characters. Reed Richards became a new supervillain. Wolverine died, to be replaced by his teenage son. Killing off Peter Parker, and replacing him with a new kid in a Spider-Man suit was a big way to show that the Ultimate Universe wasn't like the regular Marvel Universe. 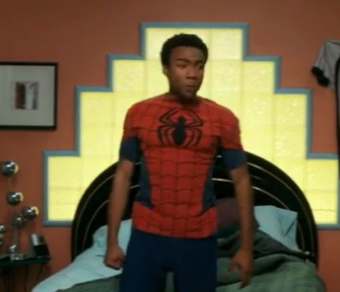 Miles Morales's origin played off of elements which were unique to the Ultimate Spider-Man comics, including Norman Osborn's connection to the spider that bit Peter Parker. But it could be adapted easily enough into the regular Marvel Universe, as all you need is Miles as an innocent bystander in a story in which cagey supervillains attempt to duplicate Spider-Man's powers.

Presumably, Miles Morales as Spider-Man would have his own circle of friends, family, classmates and co-workers, which means that Peter Parker's supporting cast, probably the best in comics, wouldn't be utilized. Miles Morales would also likely develop his own group of enemies, which would likely result in a splintering of the best rogues gallery in comics: the current Spider-Man villains.

There are some advantages with Miles Morales in the Spider-Man suit. It would provide a solution to one problem in the Spider-Man comics, in which Peter Parker has been Spider-Man for several years and a few hundred adventures. He should be really good at it, which is why many readers are upset whenever the character makes a perceived mistake. As a newcomer, Miles Morales would be allowed to have a learning curve. He could screw up more, and would be more intimidated by the supervillains Peter Parker routinely mops the floor with. For several years, every battle and rescue would be a big deal.

His power set in the Ultimate comics is slightly different, which allows for new action sequences. The new Spider-Man would automatically be a top-tier character, which would add some diversity to Marvel's line-up. The overwhelming majority of Marvel's most popular superheroes are white guys, including the top 17 from one best characters list.

Peter Parker was #1 on that list. And it's unlikely that a new character will surpass the best comic book character ever, or even reach that level. And in the regular Marvel Universe, there isn't as much of a need to replace Peter Parker.

Figuring out how to introduce the new Spider-Man would be a logistical nightmare and a considerable gamble for Marvel, which typically likes the revenue of having Spider-Man appear in several comic books each month. If they had one writer on the title, he could develop the character's voice, but volume (and revenue) could be a problem. The book would also have to outsell Ultimate Spider-Man, which has one of the biggest writers in comics. If there were multiple writers, it's easier to produce more content, but it's also likelier to have an inconsistent interpretation of the part. And readers would be less likely to follow the title if they're fans of the writer.

So far, we've had four issues of Ultimate Spider-Man with Miles Morales as the lead. There's nothing to indicate that he would be able to handle multiple monthly titles for the next few years. And that's a major requirement for any potential replacement for Peter Parker. In terms of pure content, Miles Morales isn't even close to the other replacement Spider-Man: Ben Reilly.
<<PREVIOUS NEXT >>
Read More
Newer Posts Older Posts Home