I love New York City as much as the next guy, but I was hesitant to pick up this one shot.  In the end I went for it, hence this review.  Is this collection of stories worth your money? 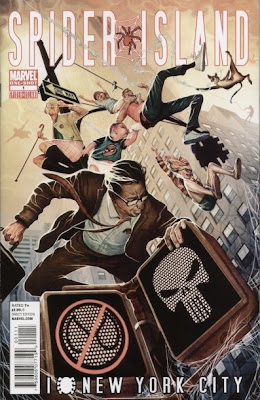 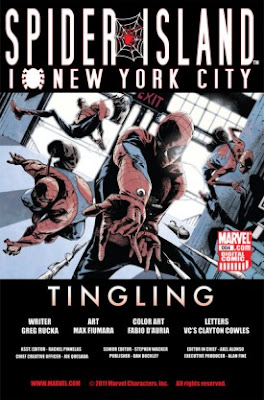 A group of murderous, spider powered bank robbers are in for an unpleasant surprise when they discover that the Punisher is in their midst! 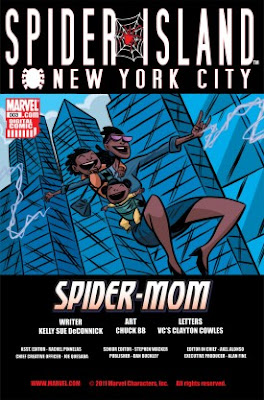 The life of a hard working mother of two gets a little easier when she discovers that she has spider powers!  But she soon finds that her new powers also come with new responsibilities... 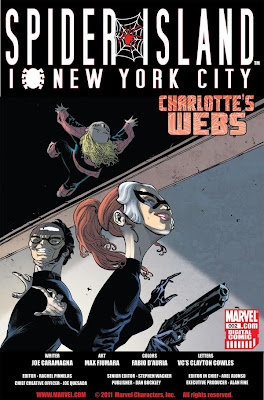 When two burglars enter her home and tie up her parents, it's up to a little spider powered girl named Charlotte to save the day! 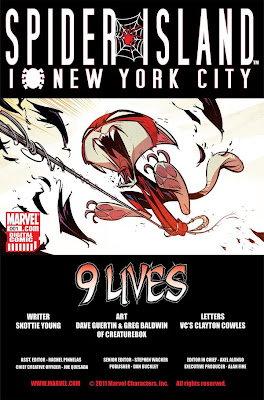 This was a fun collection of stories, all well told and drawn by some serious talent.  If you're a fan of what Greg Rucka has been doing in his Punisher series, then "Tingling" should be right up your alley.  Plus, Max Fiumara's art on the story is amazing.  "Spider-Mom" by Kelly Sue DeConnick was my favourite of the bunch, effectively showing how Spider Island would effect the life of an ordinary family.  The last two stories aren't as memorable, but still fun reads.  The artwork in "9 Lives" looks great.

Overall, it's up to you as to whether something like this is worth your $3.99.  They're good stories, but none of them are essential.  If you're on a tight budget, I would recommend waiting until this book is in the dollar bin before picking it up.  Unless of course this issue skyrockets in value for being the first appearance of Spider-Cat.  In which case, my apologies in advance...
Read More
Newer Posts Older Posts Home