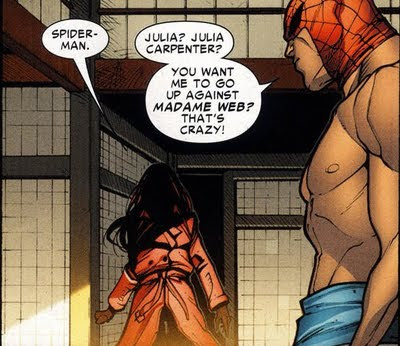 Last week, I made a series of predictions of what I believed we could expect from the current Spider-Man event, "Spider-Island." The prologue, Amazing Spider-Man #666, has also been out for about a week. So for each part of “Spider-Island” in Amazing Spider-Man that comes out, I figure I can keep score of what I got right, what I got wrong, what still needs to be answered and, if need be, what other questions have been raised. (Not to mention give you folks an opportunity to really rub it in if I’m really off base.) 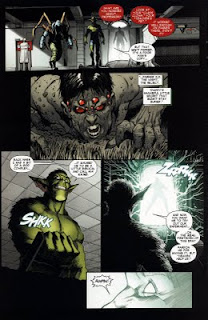 KAINE IS THE JACKAL’S MAN-SPIDER LACKEY KNOWN AS “TARANTULA”: TRUE

As I said last time, this one was a given. Readers already knew that Kaine was resurrected and dubbed “Tarantula” back in the epilogue of the "Grim Hunt" (Amazing Spider-Man #634 -637) so it was only a matter of time before he’d make a reappearance. The question, of course, is how was Kaine able to be resurrected at all?

My guess is this goes back to what happened to Peter during the 12 part “The Other: Evolve or Die.” If you recall, after Peter was critically wounded by Morlun, he underwent a “molting” process in which his body completely regenerated and acquired new powers. Since Kaine is Peter’s exact DNA duplicate, he could have also undergone something similar. Further mutation, of course, occurred with the Jackal’s experiment that turns people into “man-spiders.” 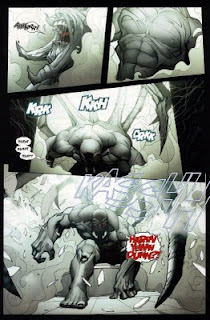 Turns out “Spider-King” really was male after all, but there's still a bit of mystery surrounding the identity of this guy. Given the dialogue and that one of these “man-spiders” is clone of Peter, it’s easy to leap to the conclusion that “Spider-King” is the resurrected Ben Reilly.

But another possibility is that the “Spider-King” is really the resurrected Ezekiel Sims. After all, the Jackal reefers to whoever is in the stasis tube as “the real firstborn of this era.” Since Ezekiel apparently acquired his spider-powers before Peter did, that description would certainly fit. Not to mention that, just as Kaine has brown hair and “Tarantula” is brown-haired, “Spider-King” is gray-haired--as was Ezekiel.

BEN REILLY IS WORKING FOR THE JACKAL: UNDETERMINED

However, I'll dock myself a point for this as well, since I didn't count out the person working for the Jackal to not only be the mastermind behind the infestation but also a woman. So far, we know she seems independently wealthy, is telepathic, and apparently has greater control over a person’s mind to the more “spider-like” they become, given this woman ample motive for wanting massive amounts of people to be infected with spider-powers.

The most popular theory for the identity of this mysterious woman is Ana Soria, a.k.a. the Queen, a villainess from Paul Jenkis and Humberto Ramos’ “Avengers: Disassembled” tie-in story that ran from Spectacular Spider-Man (vol 2) #15 to #20. She had the power to influence the “insect gene” within humans which included Peter Parker (yes, I know, spiders are arachnids, not insects. Just go with it.) and, seeing him as a potential mate, was instrumental in mutating him into a giant spider. Sound familiar? As readers of that story may remember, the Queen was apparently killed in a bomb explosion. But come on! This is comics--no one ever really stays dead.

Yet, if this is mysterious woman is the Queen, how come her face is being hidden? Why is she referring to herself in the plural address of “we” like Venom? And why would the Jackal even work for her? Well, one Ursalink over on the Comic Book Resources forums offers an intriguing theory: that the Queen, after her death, now occupies a new body…that of Gwen Stacy’s clone.

If correct, not only would this allow her to give a Gwen-obsessed Jackal orders, but also gives her a psychological edge against Peter by essentially being the woman Peter once loved and tragically lost.

SO WHO IS SPIDER-MAN SUPPOSED TO KILL?

One of the bigger plot point of the issue was that Julia Carpenter, the new Madame Web, revealed that Peter, in order to ensure victory over what was coming, would have to be willing to take someone's life. Peter, of course, is mortified at the idea, but Julia informs him that she has already seen it and therefore he's destined to do this. 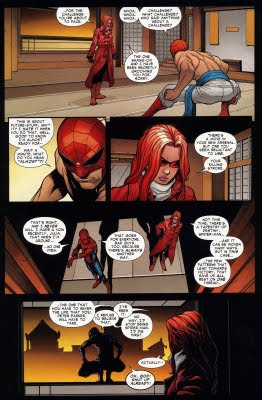 If Peter is forced to kill someone in this storyline, the most logical person is the mysterious female mastermind. After all, if she dies, then the various New Yorkers who have been infected with spider-powers would no longer be under her control. Not to mention it gives the rather tragic ironic twist that, in order to save the day, Peter must let “Gwen” die all over again.

But another possibility, based on how the dialogue is carefully worded, is that Peter would have to kill Kaine. After all, when Peter responds to the idea that he is destined to kill someone by saying “I’d die first,” Julia answers with “Actually--” before being interrupted. Also, the solicit for Amazing Spider-Man #671 states that there will be “a giant battle pitting brother against brother.” That certainly seems to be a reference to both Peter and Kaine who, as clones are technically "brothers." 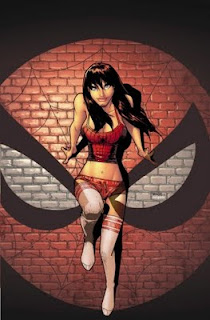 In the letter’s column for Amazing Spider-Man #666, an interesting, if not tongue-in-cheek, letter from a fan calling herself "Web Woman" proposed that she become Spider-Man new love interest and sidekick. However, she said that Mary Jane would have to be killed off in order for this to happen, and besides “no one would miss her.” Marvel Editor, Steve Wacker responded with “As for your hopes for Mary Jane…you’ve been reading ahead, haven’t you?”

Now let’s just say, for argument’s sake, that Wacker wasn't joking about MJ being killed off. Let’s also suggest that the “long running member of the Spidey cast [that] has to make the ultimate sacrifice” in Amazing Spider-Man #670 is really MJ and not, as I speculated earlier, Randy Robertson. So how does that make any sense when we can clearly see MJ alive and well with spider-powers gracing the covers of both Amazing Spider-Man #671 and #672? And why would Wacker reveal such an explosive and controversial spoiler within the letters pages? Unless, of course, there's a lot more to it.

And this leads me to a rather interesting idea: what if MJ doesn’t get her spider-powers from the “infection” as everyone assumes? What if she really did get them from Peter? 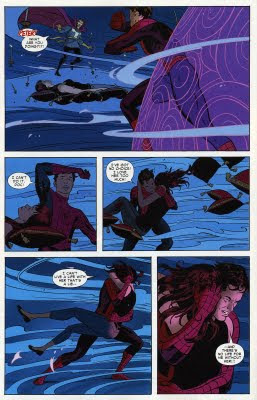 If you remember back in "One Moment in Time," (Amazing Spider-Man #638 - #641) Dr. Strange, Iron Man, and Reed Richards collaborated to erase the knowledge from everyone that Peter was Spider-Man, and they did this through a combination of magic AND Tony Strak's Extremis nano-virus. When the mind-wipe spell was cast, Peter was inside a protective energy bubble to ensure he would still remember while MJ was still outside--until Peter decided to bring MJ into the bubble with him so she would still remember. Logically, both Peter and MJ were exposed to the Extremis nano-virus and in physical contact with one another. So what if the Extremis nano-virus copied and transferred Peter's powers over to MJ during that brief exposure? This would also explain one of the more nagging unsolved mysteries from "One More Day"--what happened to the "other" powers Peter had? (i.e. the organic webbing, night vision, vibration sensitivity, retractable stingers, etc.) MJ got them, along with the usual spider-powers.

"But wait?" you might ask, "If MJ has had these powers all this time, how come she's never shown any signs of having them before now?" Well, again, go back to how Peter got those “other” powers during "The Other: Evolve or Die." Maybe MJ's powers are also dormant until she undergoes some similar physiological trauma, like say, dying as a result of making the “ultimate sacrifice?” This could also explain my prior theory of why MJ, unlike the other people in New York, wouldn't initially have spider-powers, wouldn't further mutate, and thus, along with Peter, not be mentally manipulated like the other "spider-people" during "Spider-Island." And it explains how she might still retaining her spider-powers after "Spider-Island," as well.

Hmm…not looking too good for my prognostication skills, huh? Maybe my score will improve after Amazing Spider-Man #667. Until next time!