It's a double header as we take a look at the last two issues of Web of Spider-Man! 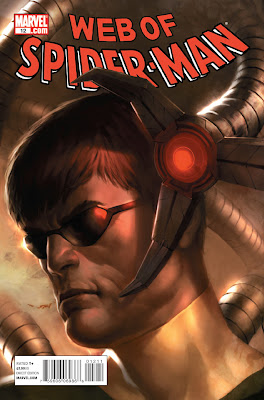 
Black Cat receives a text from Spider-Man and goes to meet him. When she arrives at the meeting place she doesn't find Spidey but Mary Jane. MJ informs the Cat that Spider-Man has gone missing and that she needs her help tracking him down. Spidey had called MJ the day before asking for information on a model named Lola Huxley. They agreed to meet in an alley near the Coffee Bean but when she got there all she found was Spider-Man's phone and signs of a battle. MJ arranged a meeting between her and Lola for coffee and wants Black Cat to shadow her.
The next morning Lola tells MJ that she found someone who was able to make her wrinkles disappear permanently. Lola gives her a "referral" in the form of a blank card. MJ and Lola are then snatched by two armoured supervillains. Black Cat manages to save MJ, and witness one of the villains rip Lola's "scalp" off, revealing machinery underneath. It seems Lola was having trouble making her payments.
While Black Cat gets Lola some medical attention, the blank card Lola gave MJ starts to glow. A limo pulls up in front of her and takes her to Doc Tramma, the one responsible for Lola's "enhancements." Tramma states that MJ had a much better referral in the Black Cat; Tramma was the one who restored her bad luck powers. 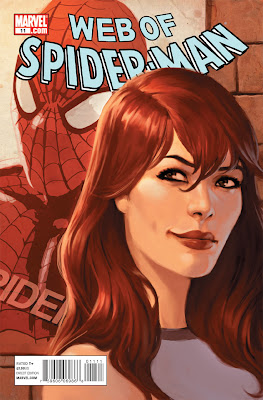 The Ex-Terminators Part 2
While Tramma gives MJ details about her upcoming "makeover," MJ notices Tramma's lab assistants experimenting on Spider-Man's webshooters, confirming her suspicion that Spider-Man has been captured. MJ is placed in a cell and told to prepare for surgery. Fortunately, Black Cat gave MJ a lock pick earlier, allowing her to escape and look for Spidey.
Meanwhile Black Cat attempts to keep Tramma distracted by telling her that her bad luck powers are not working as well as they should be. Unfortunately, Tramma is not interested in helping the Cat since she started working with Spider-Man against Mister Negative. Tramma manages to capture her.


The next day Felicia invites Mary Jane out to lunch and the two of them become fast friends, much to Spider-Man's dismay.
Jackpot in Double Edged Sword
Jackpot manages to escape the clutches of Mister Negative and rescue Fred Myers. She returns home to her daughter and Boomerang is acquitted.


Arms Against a Sea of Troubles
Roger Stern takes us on a brief journey through the life of Doctor Octopus starting at his childhood going all the way up to his first defeat at the hands of Spider-Man.
Thoughts
Fred Van Lente tells a story that's not only fun but surprisingly relevant. We find out how Black Cat got her bad luck powers back, Doc Tramma's origin, and by the end of the story the relationship between Black Cat and Mary Jane undergoes a significant change. It was nice to see the two finally start to get along, as they were normally at each other's throats pre One More Day. Although it was needed to set up the story, I was not a fan of Spidey getting spanked by a bunch of amateur supervillains in armoured suits.
Both backup stories failed to impress. There's not much more that can be said about the Jackpot story. Apparently Mister Negative let Jackpot go because he didn't want the fight, making him one of the laziest supervillains ever. The Doc Ock story told us nothing we did not already know. If you want to find out more about Doc Ock's past I would highly recommend Spider-Man Unlimited #3 and Zeb Wells' excellent Spider-Man/Doctor Octopus: Year One miniseries. 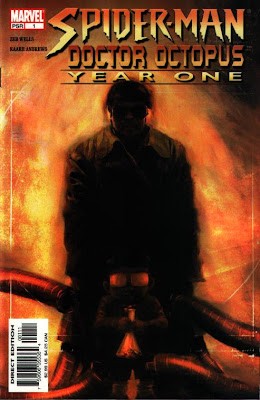 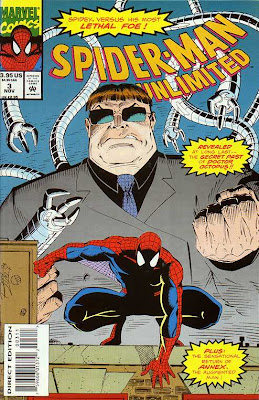 It's difficult to recommend the last two issues of Web. These two issues are important for Spider-Man fans but the lacklustre back up stories make it difficult to justify the $3.99 price tag.
Read More
Newer Posts Older Posts Home