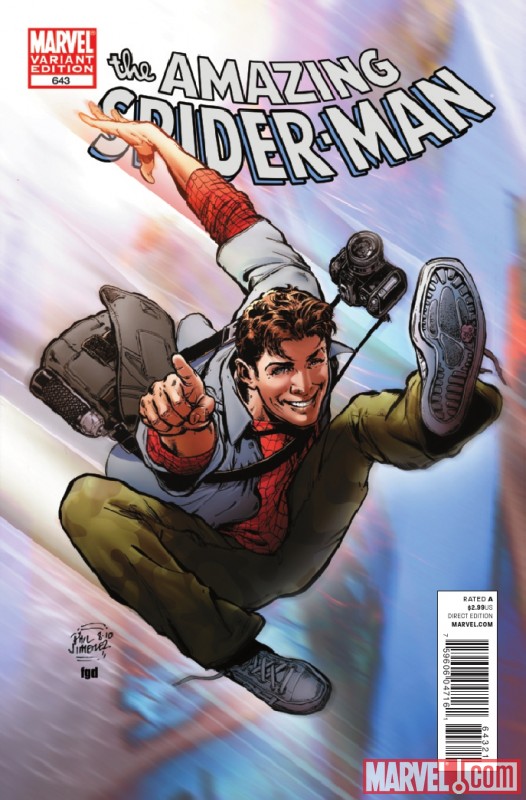 At the end of the previous issue, Dr Octopus managed to deliver Lily's baby, thankfully without ripping her apart.
This issue starts exactly as it had ended - with everyone strangled against the wall by one of Dr Octopus' arms.

The Story
Spidey manages to get free from Dr Ock's grip and makes a run for it. Automatically, Dr Ock forgets about the rest of his hostages aka ordinary people with no powers like MJ, Carlie, and Harry, and chases Spidey for obvious reasons.

Spider-Man manages to steal the baby from Doc. Ock and again makes another run for his life, while trying to find a place to keep the baby safe. This pretty much sums up the entire issue. Some other unimportant details that appear in this issue include:

I didn't think this issue was very much better than the previous one. Then again, the whole Gauntlet series started off pretty slow, with the similar bad art as well. Strangely enough, that series ended well.

Thoughts
I really wonder if I am the only one who noticed that the lil baby has elf like ears. Was the baby intentionally drawn that way since it is the child of the Green Goblin and Menace? Or was it just more bad art.