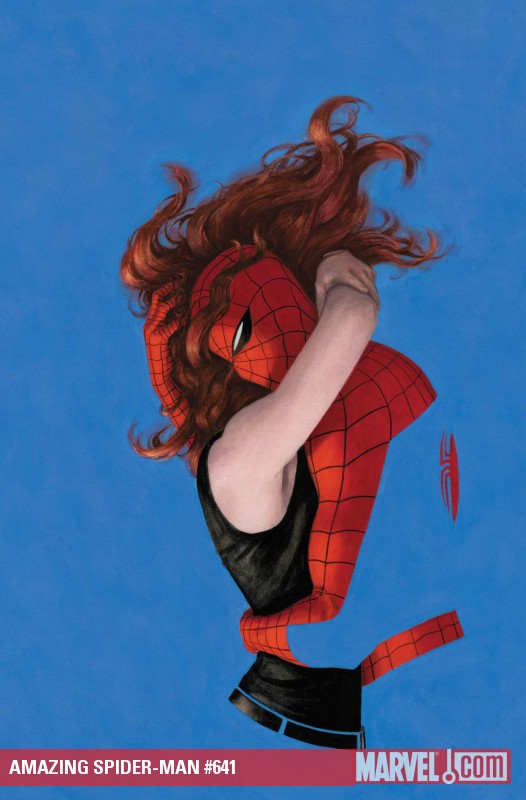 So, after quite a long delay, the issue is finally out. Amazing Spider-Man 641 - the finale to OMIT. I've got to say that they have done a great job finally cleaning things up. Personally however, I feel that the conclusion to OMIT is kinda shallow. This series definitely ruined my image of Mary Jane's once perfect character. Anyway, lets get on with it.


In the last issue, we found out that Dr Strange was behind the mind-wipe, that caused everyone to forget Peter's identity. Dr Strange was last seen discussing with Tony Stark and Reed Richards if they should proceed to mind-wipe the whole world, including themselves.

Don't ask me how, but at the end of the day, the three decided that it was best to carry out Peter's request. In the midst of discussion however, they worry quite a bit that something might go wrong, and that the results of their actions may catch up to them someday.

Dr Strange eventually returns to the physical realm asking Peter to get into the force shield he had created. Everyone outside the force shield would have no memory of Peter's identity. Peter goes in by himself, but realizes that he needs MJ to remember as well. His reasoning is that he can't live a life with MJ, lying to her about his identity.

Anyway, he runs out of the Shield to get MJ. Dr Strange is furious at this and tells Peter that there could be dangerous consequences. The two stay in the shield until the process is over.

In the next scene, MJ wakes up and is worrying about her family, friends and Aunt Anna - especially after receiving a death threat to all her family by the crook in the last issue. Peter explains to her that she is safe, and that no one remembers his identity anymore.

MJ is pretty upset that Peter allowed herself to remember though. She is essentially afraid that someone might find out about his identity again. If that happens, the process starts all over again. MJ can't live knowing that her friends and family might be in danger because of her relationship with Peter. (Lame, but acceptable)

As such, they break up! and say goodbye to all this

Back in real time, MJ kisses Peter and tells him that she loves him ( yay! ), but wants him to move on because she is not good enough for him ( what? ). She also explains that  there is someone else out there who is perfect for him.

It basically ends like that. Although, I'd say its a pretty loose ending, Peter, in the comic seems to be extremely happy and 'set-free.' As stated in the last page of the issue, he feels like he can take on the world. Very well then...