In honour of Spider-Man: Shattered Dimensions I have compiled a top 10 list of the Webhead's greatest videogame exploits. 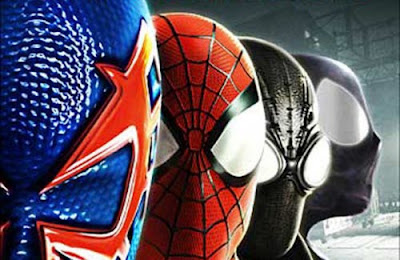 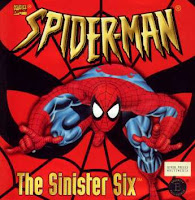 Ah, the first Spider-Man game I ever owned. What was cool about it was that you got to play as both Spider-Man and Peter Parker. The player would have to make choices that would effect the events of the storyline and its eventual outcome. Another cool feature was that you got to have conversations with the characters and choose how Peter/Spidey would react to different situations and people. It was like a primitive BioWare RPG. Gameplay also consisted of fun puzzle solving and lame point-and-click combat. It wasn't an extraordinary game, but there's never been another Spider-Man game like it. 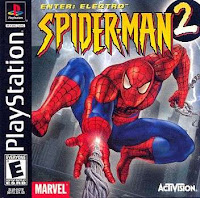 This underrated sequel may not have made many improvements over the first game, but it really didn't have to. Enter Electro was just as fun as the first game. But what made it truly stand out was the unlockables. Almost every alternate outfit that Spidey wore at that point could be unlocked in the game. Dusk? Prodigy? Spider-Phoenix? They were all there. If that weren't enough, the create-a-spider feature allowed you to pick a costume and customize what enhanced abilities your Spider-Man would have.


A child of the nineties, I was a late bloomer when it came to videogames. My father seemed to think that they would rot by brain and thus my childhood was Sega Genesis and Super Nintendo free. Fortunately one of my friends had a Genesis and one of his games was Maximum Carnage. I remember the game blowing my mind by not only allowing me to control Spidey but Venom as well. I was so impressed that I had to show it to my Spider-Man loving father when he came to pick me up. Surely a Spider-Man game would cause him to reevaluate his stance on videogames right? He wasn't impressed. 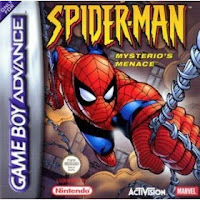 Until Mysterio's Menace I always hated handheld Spider-Man games. I couldn't stand the crappy controls and getting killed by pigeons in my webswinging space. That all changed with Mysterio's Menace. The game looked beautiful and controlled beautifully. It was the first handheld where you actually felt like Spider-Man.

My brother and I played this extremely fun side scroller to death in a hotel arcade during a family trip. You got could play as Spidey, the Black Cat and... er... Namor and Hawkeye for some reason. I'm still hoping this game will show up on Xbox Live Arcade and the PlayStation Network.

5. Spider-Man: The Movie (PS2, Xbox, GameCube, PC)
This was the first 3D Spider-Man game to feature aerial combat and the developers did a great job. Fighting the Vulture and Green Goblin in the air was a blast. It also had the best Easter egg of any Spider-Man game; being able to play through the game as the Green Goblin.

Web of Shadows received far more scorn from gaming critics than it deserved. Granted, the game was buggy and the combat repetitive, but the good far outweighed the bad. Shaba Games made great improvements to the combat system by allowing players to fight enemies any way they wanted; on the ground, wall, in the air or a combination of the three. Switching between the red and black costumes on the fly, making decisions that affected the storyline, and being able to swing through a symbiote infested Manhattan made Web of Shadows a fine addition to Spider-Man's gaming library. 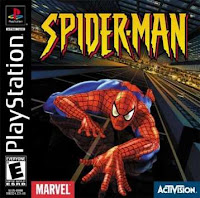 This was the game that jump started Spider-Man's videogame success in the 2000's. By giving players tight control over all of Spider-Man's abilities, a fun storyline and a great camera (most of the time), "Spider-Man" paved the way for many of the great 3D Spider-Man games to come.

2. Ultimate Spider-Man (PS2, Xbox, GameCube, PC)
A beautiful sandbox world based off Mark Bagley's stunning artwork and a story penned by Brian Michael Bendis makes Ultimate Spider-Man the most authentic comic book experience a Spidey fan could have in a videogame. The creative talent behind the new cartoon should take this game to heart when bringing Ultimate Spider-Man to life on the small screen.

1. Spider-Man 2 (PS2, Xbox, GameCube)
While there have been many open world Spider-Man games since, none have been able to improve over Spider-Man 2. Swinging through the city stopping random crime was just as fun as playing through the main story. Unlike most movie games, Spider-Man 2 offered an interesting variation on the movie's plot by introducing Black Cat into the Spider-Man/Mary Jane relationship. 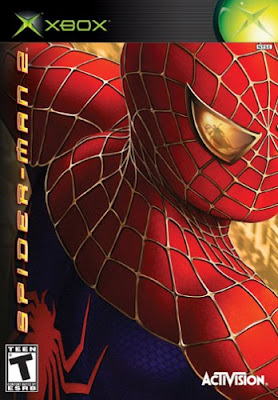 Hopefully, I'll be able to put Spider-Man: Shattered Dimensions somewhere on the list once I find the time and money to play it!
Read More
Newer Posts Older Posts Home