In case your wondering what happened in part one and two, check out these links: 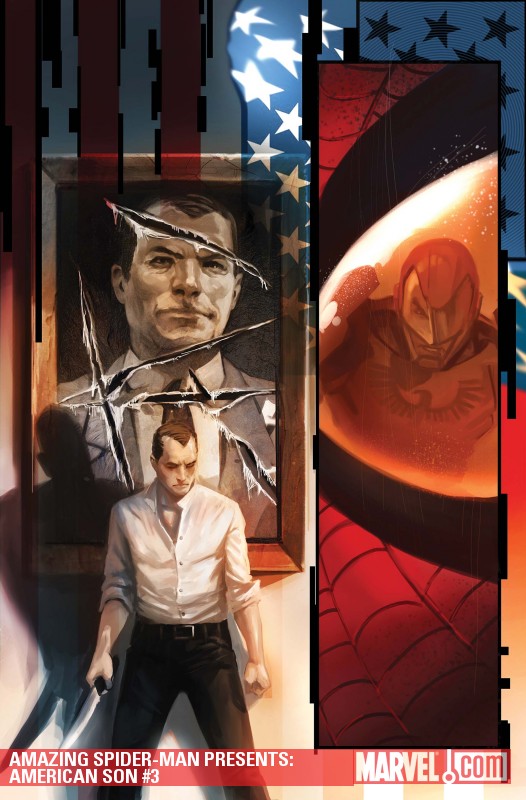 So, The story
It starts with a bit of an explanation as to why Gabriel wants to kill his half brother Harry so much. In his childhood, Gabriel grew up, not being loved by his father. He constantly heard his father talk about Harry and didn't give much attention to himself. Naturally, Gabriel began to despise Harry. He concluded that killing Harry would cause his father to love him more.. and so begins the story.

Harry in the meantime has been hiding over at F.E.A.S.T, helping Aunt May with things. Everyone else, including Peter has been looking all over for him since he gave Norah the story to publish. One day, the FBI appear at the F.E.A.S.T asking to speak with Harry. Aunt May calls Peter to come over and explains that Harry has been there.

Peter arrives as Agent Owen is showing Harry a clip from the day he was shot. The clip implies that the American Son and Gabriel are the same person since the American son only appears 4 minutes after Gabriel leaves the store.

Meanwhile, the American son take Norah someplace safe, telling her that Gabriel will be coming after her soon. As soon as he puts her down however, he has a personality switch. The American Son takes off his helmet and appears to be Gabriel. Gabriel, not aware of what has happened starts lashing out at Norah. Norah witnesses Gabriel talking to the suit.

In no time, Spider-Man and the cops arrive at the scene. Spidey goes in first and witnesses the American Son back in costume. Norah updates him on what just happened. Spdey starts fighting the American Son, who maintains his innocence until Spider-Man breaks his helmet. At this point, Gabriel regains control of himself, and Harry walks in on the scene.

With the suit, and his own mind in control, Gabriel proceeds to kill his half brother who has conveniently entered in at the wrong time.

Thoughts
There really isn't anything too special about this miniseries so far. If anything, we definitely get to see more screen time of Harry and Norah. Obviously, like everyone else, I have been wondering where the Stacey kids have disappeared to since BND. It would really kick ass if Gabriel's sister suddenly appeared into the picture.
Read More 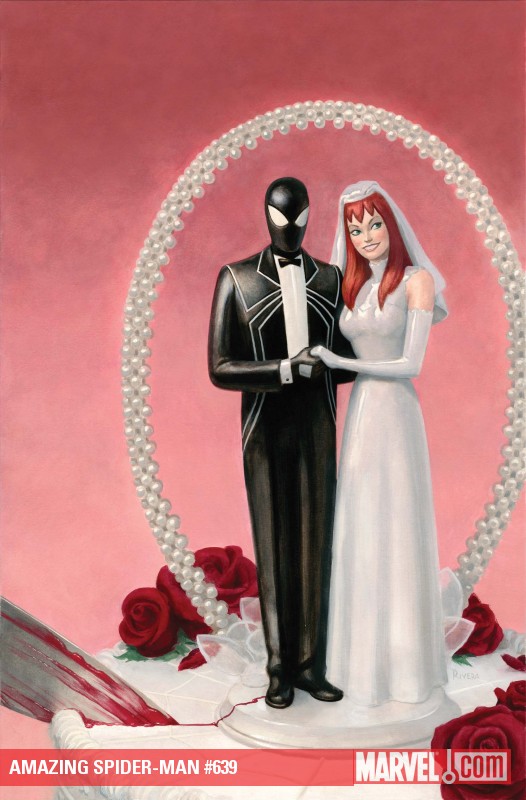 After reading this issue, I am filled with mixed feelings. Unfortunately, the issue leaves us hanging wondering what could possibly have happened to cause the Peter and MJ to break up, according to this new reality.


The story
The issue starts with MJ and Peter still chatting about their pasts. Peter, tries to change the topic, but MJ insists. Peter recalls how he, as Spider-Man went to the wedding scene, unable to find MJ. From above he was able to overhear all the conversations amongst the guests, badmouthing Peter for not appearing at the wedding.

As Spider-Man, he swings around the city searching high and low for MJ but is unable to find her. He finally goes back to his place and finds her waiting there. After much loud discussion, MJ storms out the apartments statins that she never wants to see Peter again.

MJ then tells her part of the story where she had a conversation with her Aunt Anna that ultimately convinced her to go back to Peter. She returns to Peter a couple of days later and explains to her that she only wanted to marry him so she could have kids with him.

Essentially she tells him that she can't and wont have kids with him due to his dangerous lifestyle. As such, there is no need to marry him. The two decide that cohabitation is the best answer. -.-

The story fast forwards to issues we were familiar with before BND. Everything happened exactly as it did. Peter, MJ and Aunt May moved into the Avengers tower. Peter unmasked himself. Aunt May was shot, and died. Except that Peter somehow managed to revive her doing CPR when the doctors could not.

Thoughts
I was pretty much satisfied with this issue. I don't exactly see eye to eye with the reason given to cohabit-ate. Nonetheless, just keep in mind that this is not how it actually happened.  I was a little upset that the events before OMD happened exactly as it did. Reason for this however was primarily because it scarred my image of MJ. Personally, I can't look at MJ the same as I did when I read that scene Pre-OMD. Overall, still pretty good. Looking forward to the next.
Read More
Newer Posts Older Posts Home