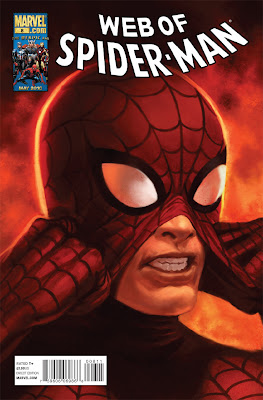 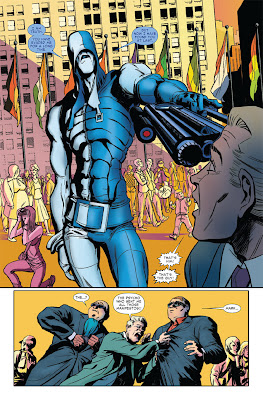 ith bombastic television host Mark Branden claiming on his show that the Heroic Age is the first step towards a Marxist takeover of the United States. He goes on to place Spider-Man at the centre of his conspiracy. After his show Branden is attacked in broad daylight by a supervillain called the Extremist. The Extremist has the power to phase through objects and appear invisible, as Branden is the only one who can see him. The Extremist does not appreciate Branden's attacks on superheroes and shoots him in the chest.

Peter Parker signs up for a temp job, but given all the other candidates it's unlikely he will get one any time soon. On his way home he runs into Carlie Cooper who is investigating Branden's death. The Extremist left a note with Branden's body where he explains that he will punish people who seek to tear heroes down.
In order to flush out the Extremist, Peter starts a blog called spiderfail.com where he posts all the embarrassing photos he's taken of himself as Spider-Man. It becomes an instant sensation. Michele arrives early from a trial in Houston and is outraged to find Peter using her scanner and computer without her permission. As Michele goes off on him, Peter's spider-sense goes off. The Extremist enters Peter's apartment and puts a gun to his head, but only Michele can see him.
Second Story - Un Nuovo Inigio?
Ben Reilly is teaching English to the children of American diplomats and businessmen in Rome (he sure got around during his "lost years" didn't he?). On a night out with his new friend Paolo, Paolo introduces Ben to Simona Battagila whose father is one of the richest men in Italy. Paolo pushes Ben into asking her out, and Simona enthusiastically accepts.
Ben heads back to his apartment and finds a man waiting for him. This man has been hired to look into Ben's past by someone close to Simona. He found out that Ben's past is a lie and warns him to get out of town. Angered, Ben attacks the man but quickly comes to his senses. Ben leaves Rome, but he has attracted the attention of some dangerous people.


Fred Van Lente's story is an enjoyable yarn. It was fun seeing the supporting cast's reaction to Peter's blog. I also enjoyed the Marcos Martin-esque artwork of Javier Rodriguez. My favorite page is of Peter surrounded by the reasons for why he would hate Spider-Man.


If you have read Spider-Man: The Lost Years and other Ben Reilly stories that have taken place during that period then the back up story by J.M. DeMatteis will seem very familiar to you. DeMatteis seems content with telling the same Ben Reilly story over and over in different settings.


Overall, Web of Spider-Man's new format does not offer as much bang for your buck as the old format did. There's nothing particularly bad here, but there are other books that are more worth your time and money. 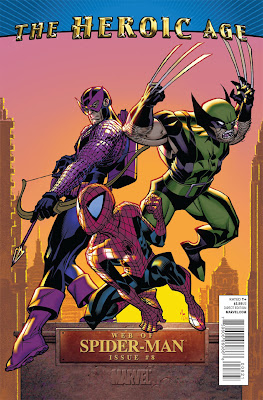