Well, it finally happened. We all hoped, crossed our fingers, joined the Facebook group, but it looks like it was all in vain. The Spectacular Spider-Man is over. Oh sure, you could bring up the fact that no one has officially said the series is cancelled, but the writing is on the wall. Marvel has announced a new Spidey show slated for 2011 entitled Ultimate Spider-Man. Now before you get excited about the prospect of a show based off Brian Michael Bendis' comic, take a look at the official description. 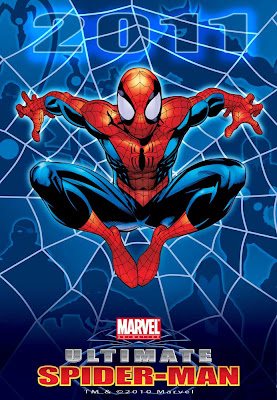 "Ultimate Spider-Man will tell a coming of age story, where hapless Peter Parker evolves from a naive teen hotshot to a true hero who comes to terms with his origins and abilities. Along the way, he will have to navigate challenging relationships with mentors and super-colleagues, and emerge with a better understanding of his parents' legacy and his own destiny. Disney XD will be the primary worldwide platform for the all new series that launches in Fall 2011."

Eric S. Rollman, president of Marvel Animation, offers his own description of the TV series...

"Ultimate Spider-Man will be a unique journey exploring our favorite web-slinger as he teams up with other fan favorite Marvel Super Heroes in never before seen stories with a new life filled with great challenges, new friends, intense action and character growth."

So while the new show will no doubt borrow ideas and designs from the Ultimate Spider-Man comic, it looks like it will be more of a team up show. My prediction is that Spidey will learn something new about being a hero from a different superhero in each episode.

For Spectacular fans, this is a bitter pill to swallow. Not only was it easily the best Spider-Man show ever made, but it was the best animated series that Marvel had, period. For it to be over after only 26 episodes is extremely disappointing. Ultimate has potential; I am interested in how Peter's parents and their legacy play into the storyline. If it follows the Ultimate comics and leads to the creation of Venom, then there's a possibility that Ultimate could be a decent show, and not just Spider-Man: the Brave and the Bold.

But is decent good enough? If the creative team behind Ultimate does not inject the same care, depth and respect for the characters that Greg Weisman and his team put into Spectacular, then Ultimate will be a frustrating series to watch for all Spidey fans.

For those of you who still have not seen The Spectacular Spider-Man, most of the episodes are available on DVD. If you are hungry for more of Weisman's interpretation of Spider-Man and his world, be sure to check out Amazing Spider-Man #622 in which he writes a great Flash Thompson 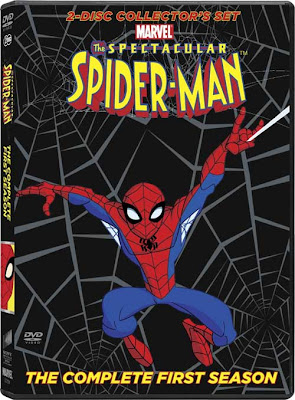 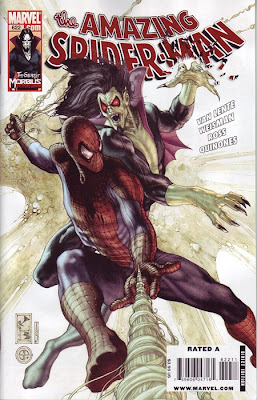