I will not lie to you. This is an awesome follow up story to Amazing Spider-Man 617. This issue, in my opinion is just as good as ASM 617 - which was really good. The art may not be the most attractive, but it is acceptable.


In the preview for this issue we see Peter being dragged into some luck taking pictures by Norah. Norah just happens to be all over this issue since she is commentating it. Strangely enough, this issue made me like Norah just a little bit more.

At the end of the preview, Aleksei is attending a huge american gathering with his wife in the crowd. All the the sudden, a great explosion occurs. The new rhino appears demanding his fight with Aleksei, the former Rhino. After terrorizing the innocent bystanders, the new Rhino confronts Aleksei demanding his fight, of which Aleksei agrees.

Later however, the old Rhino reassures Spider-Man that he will kept his promise of not wearing the suit again. Aleksei and his wife are then transported to the Jersey Shore later that night for a witness protection program. Somehow, Norah gets invited to join the transport duty.

Peter, although not allowed to follow Norah, is still there, as Spider-Man. While escorting the police cars, Spidey sees a few bodies flying in the air. As he tries to save the flying people, the police cars slam into the Rhino. The explosion kills everyone except for Aleksei, including his wife Oksana.

In anger, Aleksei goes to retrieve and wield his suit. For some reason, I must admit that the Rhino (Aleksei) is drawn pretty well here. Anyway, the two Rhinos. fully suited meet and fight in a collision that creates a huge explosion. The next scene shows the new Rhino in pieces. His suit is destroyed and is trying to repair itself. With absolutely no effort at all, the real Rhino kills the imposter.

Aleksei does mention to Spider-Man, who was present during the fight, and tried in vain to stop it, that he will never be able to forgive Spidey for what happened. Peter is next seen at an unemployment benefits line standing outside in the rain. When he finally reaches the counter, he is immediately identified as the 'paper guy.' Peter appears to be in a daze as the woman speaks to him. He finally walks away without getting any help with blood-prints behind him, implying guilt over Aleksei's situation.


The whole issue was fantastic. The Rhino for some reason looked grander than ever here. The emotions and character of the characters are shown here. This rhino story, in my opinion is almost as good as the Kaine story. The whole concept of people flying in the air out of the blue was awesome as well. I must also admit, I enjoyed the art in this scene. Overall, a very well written story. 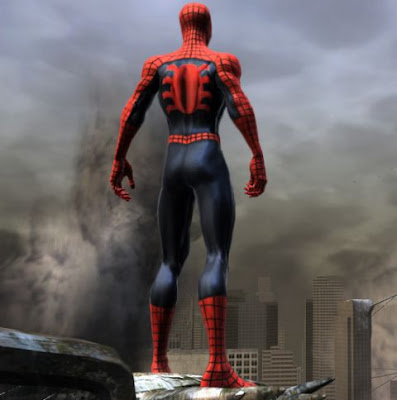 It will be interesting to see what direction Activision takes the new Spidey game. CEO Bobby Kotick recently stated in an interview that "our Spider-Man games have sucked for the last five years." While this has been true in some cases, like the Spider-Man 3 movie tie-in; Spider-Man: Friend or Foe was a decent kid's game, and Spider-Man: Web of Shadows was an underrated game with an impressive combat system.