Spidey and the Heroic Age 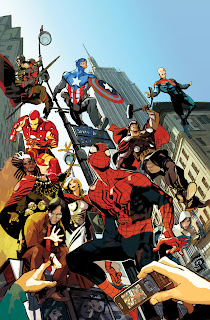 Ever since the Avengers were disassembled back in 2004 the Marvel Universe has become a dark place. A superhero civil war turned friend against friend, Captain America was assassinated and the fallout of a secret invasion by Skrulls left Norman Osborn as the most powerful man in America. All the while my pull list was ballooning as I was suddenly buying more Marvel comics than ever before. Characters that I had never paid much attention to suddenly became interesting to me, particularly Iron Man and Captain America. One look at the sales charts suggested that I was not the only one who felt that way. All of Marvel's major events during this period landed at number one, and during some months Marvel captured half the market share.


Now the powers that be have decided bring this era to an end with the dawn of a new decade. After Siege, the Marvel Universe will enter "The Heroic Age" making it a more optimistic place. Despite my love for the current dark and gritty Marvel Universe I cannot help but think this is a good idea. For the past few years fans have been hit over the head with big event after big event along with several related tie-ins and miniseries. While these books have sold well, one has to wonder when fan patience will wear thin and "event fatigue" will finally settle in. The Heroic Age will most likely offer a more stable status quo for the Marvel Universe and thus a break from all the major shake ups that have occured year after year. Plus, you can only have your heroes moping about for so long before you want to see them finally pick themselves up and kick some ass.


How will this new age affect Spider-Man? Let the speculation begin! For starters I would be surprised if Spidey was not announced as one of the Avengers post-Siege. New Avengers has been Marvel's top selling title in no small part due to his presence on the team. It will be fun to see Spidey rub elbows with what looks to be a more traditional Avengers team. The general public of the Marvel Universe will likely put more faith in their heroes after they take down Osborn, which will lead to Spider-Man receiving more public adoration than he is used to.


Obviously the events of Siege will have ramifications for the Osborn clan that will play out during the Heroic Age. It is possible that Harry will become a superhero using the American Son armor, much to Peter's chagrin, in an attempt to salvage the Osborn name. If Norman survives Siege I expect him to go back to playing mostly in Spidey's corner of the Marvel Universe.


Aside from that, I cannot see life changing all that much for Peter Parker. Compared to the recent shake ups Spidey has undergone; his new powers, the unmasking and One More Day, the changes brought about by the Heroic Age seem minor. And that just might be the best part. 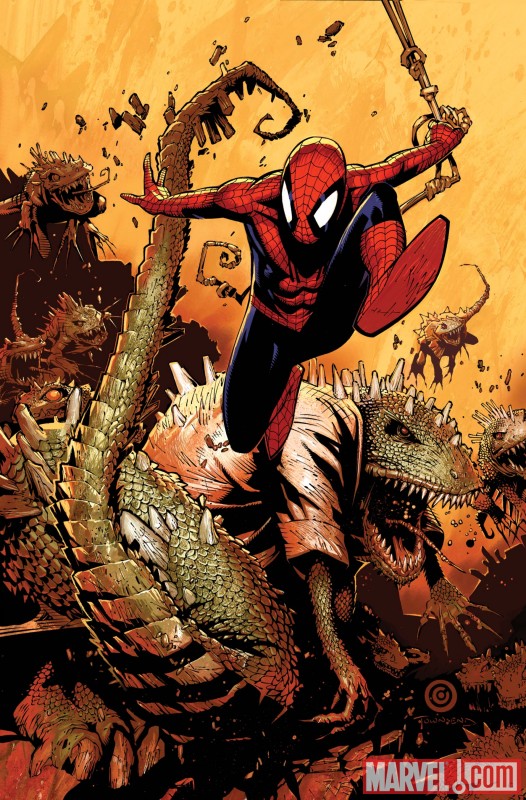 Marvel released the solicitations for May 2010 today, along with some new information on upcoming Spider-Man stories. So, the old list is being updated.

This is followed with "Shed" by Zeb Wells & Chris Bachalo in Amazing Spider-Man #630-633, as Spider-Man is pit against the Lizard. It's essentially the longest Spider-Man story since "American Son."

"The Gauntlet" will culminate with the Sinister 666 storyline, around Amazing Spider-Man #634.

Amazing Spider-Man Annual 37 features a new "Untold Tale" by Kurt Busiek and Pat Oliffe and the story of Spider-Man's first encounter with Captain America by Karl Kesel and Paolo Siquiera.

As for the other material...

Marc Guggenheim and Adriana Melo are the creative team for a three issue "Amazing Spider-Man Presents Jackpot" mini-series, which started in January 2010, and pits her against Boomerang and the new Rose.

Brendan McCarthey is the writer/ artist of "Fever" a three part Spider-Man/ Doctor Strange mini-series, due to start in April 2010

An upcoming four part storyline due in Amazing Spider-Man in 2010 will deal with a development affected by One More Day.

Bob Gale and Pat Oliffe are the creative team for new Spider-Man material for Marvel's website/ Digital Comics program. The material will be available in print form in Peter Parker, a new series.

Tom Defalco, Howard Mackie and Todd Nauck are collaborating on "Spider-Man: The Clone Saga," a six-issue mini series following the original plans for the infamous storyline. Five issues have been released.

Paul Tobin and Patrick Scherberger are the creative team for Spider-Man & the Secret Wars, a four issue mini-series showing the webswinger's perspective of the 1980s EVENT.

Brian Reed and Phillip Briones are the creative team for the four issue Amazing Spider-Man Presents American Son mini-series, in which Gabriel Stacy returns and Harry Osborn denies knowing who's using the American Son armor. This starts May 2010.
is back as a monthly, beginning with the return of the Punisher in May.

Spectacular Spider-Girl
Web of Spider-Man is an anthology series, focusing on characters from Amazing Spider-Man. Spider-Girl is a feature until the seventh issue. Upcoming creative teams include Fred Van Lente & Paul Azaceta, and JM Dematteis & Val Simekis.
one-shot due to be released in May 2010 will include a Mary Jane story by Roger Stern &, an untold tale of Gwen Stacy & Carly Cooper by Fred Van Lente & Javier Rodriguez, and a Black Cat tale by Chris Yost and Michael Ryan.

"The Many Loves of The Amazing Spider-Man"