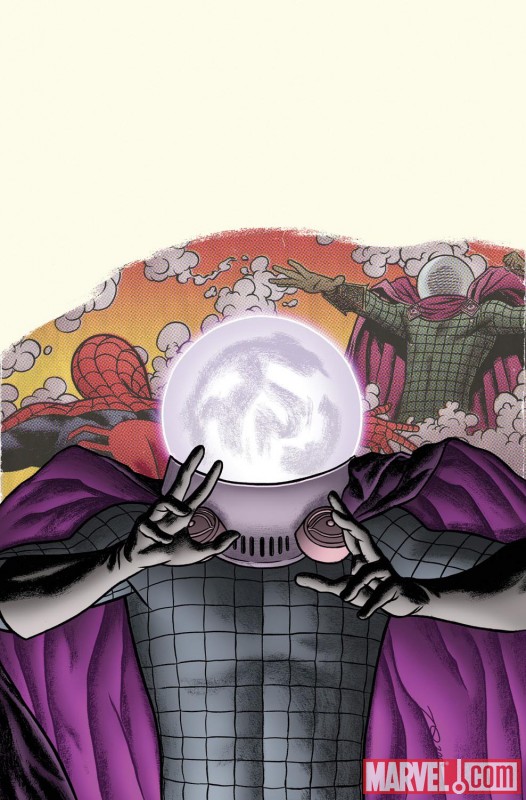 Amazing Spider-Man 618, part of the Gauntlet story, which was supposed to feature bad guys of old returning more powerful than ever. The art is this comic is acceptable, not the best though. Some points to note before I carry on with the review.

A number of important things take place in this issue.
The Preview ends with Spider-Man poking his head into a fight between the Maggia gang and Mr Negative's gang. The preview also reveals that somewhere along the lines, Hammerhead, switched from being a Maggia to join Mr Negative's gang.

Mr Negative's gang of inner demons make an escape with Hammerhead as their leader. Spider-Man is left directionless and turns back into Peter Parker. Some interesting dialog takes place between Peter and Carlie Cooper, who is examining some clues to a crime scene. Obviously, Marvel is trying to hint that both Carlier and Peter have chemistry sparking between them.

Fortunately, Spidey's relationship with the Black Cat is not left forgotten. Too bad Carlie couldn't be drawn with better looks. Hint: We need Mary Jane


In between their conversation, Peter remembers he has to pick up Aunt May, who freaks out with Peter's driving skills, or lack of it, and asks to be dropped off at the F.E.A.S.T center, where she usually does her charitable feeding to the homeless.

For those who do not know, Mr Negative's alter ego is Martin Li. Martin Li is known to be a good man, and helps out at the F.E.A.S.T as well. Unfortunately, Aunt May walks in just as Hammerhead had brought him some bad news about Spider-Man disrupting in their matters earlier. Aunt May thus witnesses a bleeding henchman who has just been stabbed by an angry Mr Negative. To solve the problem, he turns Aunt May into a negative of some sort.

Elsewhere, we learn that all the heads of the Maggia gang who were killed in the past never actually died. In fact, they are all alive, including Maggia gang boss, Silvermane. It is later revealed that thanks for their 'deaths' go to Mysterio.

Peter, in the meantime, has been talking with Jameson senior. Jameson reveals that he has a secret identity as a famous author. At that moment, the 'negative' Aunt May appears in a terrible mood saying some pretty hurtful things to Peter.

The final scene ends with Carlie spying on a fight between the once Undead Maggia gang, and Mr. Negatives' gang. She also stumbles upon her 'dead' father, who was supposed to be a cop.

Personal Thoughts
This issue is full of the unexpected, including the lack of Mysterio. So, how much do we know about Carlie's father. For some reason, I am unable to recall ever seeing Mr. Cooper in the ASM comics. Does anyone know anything? Was it revealed in the past that he may have been involved with the gang?


As far as Aunt May turning Negative, I am personally convinced that it is no big deal. After all, Spider-Man has turned Negative before as well. (Dark Reign: Mr Negative 2)