On the Other Hand...

While my initial reaction to the news that the Spider-Man franchise would be rebooted was mostly negative, there are some legitimate arguments in Sony’s favor. A younger cast is much cheaper, and they can also be more prolific. The second Twilight film came out within an year of the first, and it looks like Warner Brothers will be able to distribute eight Harry Potter films within a decade. With an adult cast, you’re lucky to have a new film every three years. See the gap between Spider-Man 2 and Spider-Man 3, along with the Nolan Batman films, Daniel Craig James Bond or the Bourne saga. 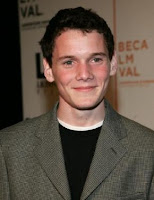 And if anyone at Sony has a specific cast in mind, especially for the high school parts, it makes sense to reboot as quickly as possible. Otherwise, the ideal cast will all quickly become too old for three or so films within a four to five year period. Delaying the reboot also has additional risks, as another studio might beat the Spider-Man series to the punch with a well-received series focusing on high-school superheroes.

I doubt the next Director wants to be accused of following in the footsteps of Invincible, Nova or Blue Beetle, when this was Spider-Man’s territory first. So even though a twenty-something actor (Joseph Gordon Levitt has been mentioned a lot) could be a good twenty-something Peter Parker, continuing the story with a new cast just delays the inevitable.

Continuing the series would also have limited the ability of the upcoming creative team (whoever they are) to use the best rogues gallery in comics. If Spider-Man 4 had the Vulture, or the combination of Kraven and Lizard which consistently topped polls, a relaunch three years later probably would not have included those villains, even if it worked the best for the script the narrative. You could have a brilliant plot with the Vulture as the world's first supervillain, but you'll have to scrap it if the Vulture just appeared in Spider-Man 4. Currently, with an eight-year gap between Spider-Man 2 and the relaunch, you could even use Doctor Octopus for the relaunch (if he fits the narrative best.)

Considering the unexplored territory from the Raimi films, it also shouldn’t be difficult to distinguish between the franchises. For example, you could keep Norman Osborn and Mary Jane out of the first film, and focus on that small period when superheroes were new. And you could have a supporting cast that includes Betty Brant, Flash Thompson and Liz Allen in significant roles.

It can also be argued that Raimi broke the franchise. Dr Octopus, Eddie Brock and Harry Osborn were dead (considering screen-time, Venom was probably the most disappointing.) There wasn’t much of a supporting cast for Peter to hang out with, considering the minimal roles for Betty Brant and Flash Thompson. And the leaked details about Spider-Man 4 suggest it would have featured Peter and Mary Jane as happily married parents, which has some serious flaws. It’s difficult to convince the viewers of the relaunch of the staying power of a budding romance, if the first films ended with Peter married with a kid to someone else. Kids seem to be staples in this regard, outside of maybe the X-Men universe where they can go to the future and return as middle-aged adults, after the mother is revealed to be a clone.

What the hell, Sony?

Upon reading that Spider-Man 4 was cancelled, I was disappointed. This immediately struck me as a cynical ploy to adapt Spider-man into a fusion of Twilight, Dark Knight, and the quantity of the Harry Potter films. The Raimi/ Maguire Spider-Man movies were pretty goddamn successful (including the top films of 2002 and 2007) so it seemed absurd to remake the stuff so soon. There was the sense that something that was well-received and financially successful on its own merits was being remade into something more derivative, especially after the comments from Sony about how Spider-Man’s going to be grittier. The Dark Knight was successful, but it didn’t happen by copying Pirates of the Caribbean.

Even though the big three villains had been used, there was no dearth of new material for Spider-Man 4. Dylan Baker had been waiting for half a decade to be the Lizard, and it’s been pretty much a no-brainer to combine him with a certain hunter in a story similar to Kraven’s Last Hunt, where you could give Peter and Mary Jane an emotional arc as they realize that Spider-Man can be killed. If you wanted to have a theme of youth and optimism versus experience and cynicism, you could have used the Vulture instead. If you wanted Spider-Man to be overwhelmed, you could have had a crime war with any combination of Mister Negative, Tombstone, Hammerhead, Rhino, Electro, Shocker, the Enforcers and Chameleon. It seems like the first trilogy was thrown under the bus, which is a short-sighted insult to the people involved critical and commercial blockbusters. Tying up the story in a more satisfactory way would also have made the first three films even more successful in various rereleases in the long-term.

It seems like the relaunch will revisit territory (the high school days) and story beats of a film which came out a decade earlier, and probably confuse the hell out of the many who saw the first three. Waiting a few years could have increased the gap between the first films of the Spider-Man franchises. As it currently stands, there’s only going to be a decade between the scenes of Peter Parker in high school in the first one and the same material in the relaunch. Imagine if someone in 1987 had relaunched Star Wars with a new cast focusing on Luke Skywalker on Tatooine (or maybe his early days amongst the rebels.)

Spider-Man 3 was a mess, but a lot of that was due to studio interference. This was also a problem with the proposals for Spider-Man 4, with the well-publicized and oft-ridiculed casting of Anne Hathaway as the Vulture’s daughter. The first two Spider-Man films did well critically and commercially when Raimi was left to his own devices, so it’s disappointing that he wasn’t given the same opportunity here, if only for one last hurrah.

And, does anyone believe they'll be able to replace JK Simmons as J Jonah Jameson?