What's happening in the year of Spider-Man? 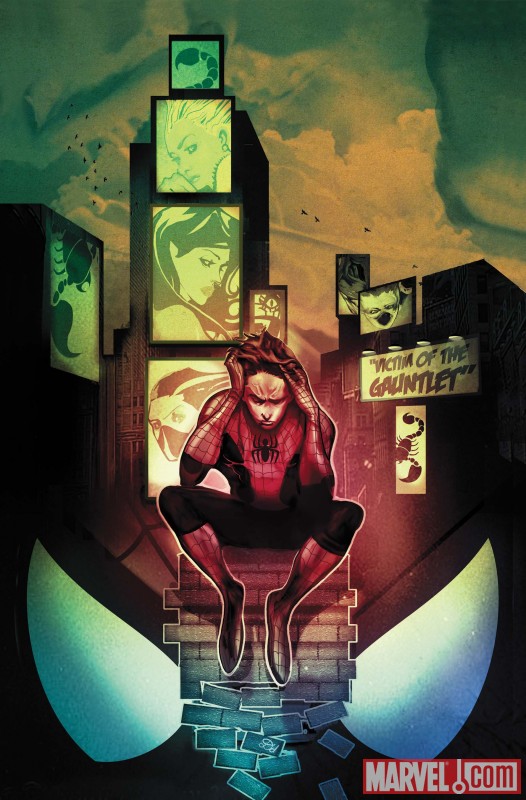 Considering Marvel's recent teaser for the "Year of Spider-Man," this seems to be an appropriate time to note the stories which have been confirmed for 2010.

"The Gauntlet" will culminate with the Sinister 666 storyline, starting with Amazing Spider-Man #633.
A long-awaited four part story kicks off around Amazing Spider-Man #638. From what I can gather, it was written some time ago and reveals how Spider-man's identity became secret again, what happened differently at Peter and Mary Jane's wedding and one more thing that changed as a result of One More Day.

Outside of Amazing Spider-Man, Marc Guggenheim and Adriana Melo are the creative team for a three issue Jackpot mini-series, starting in January 2010.

Brendan McCarthey is the writer/ artist of a three part Spider-Man/ Doctor Strange mini-series, due to start in April 2010

Bob Gale is writing new Spider-Man stories for Marvel's website/ Digital Comics program. The material will be available in print form in Peter Parker #1, and this will be a semi-regular series.