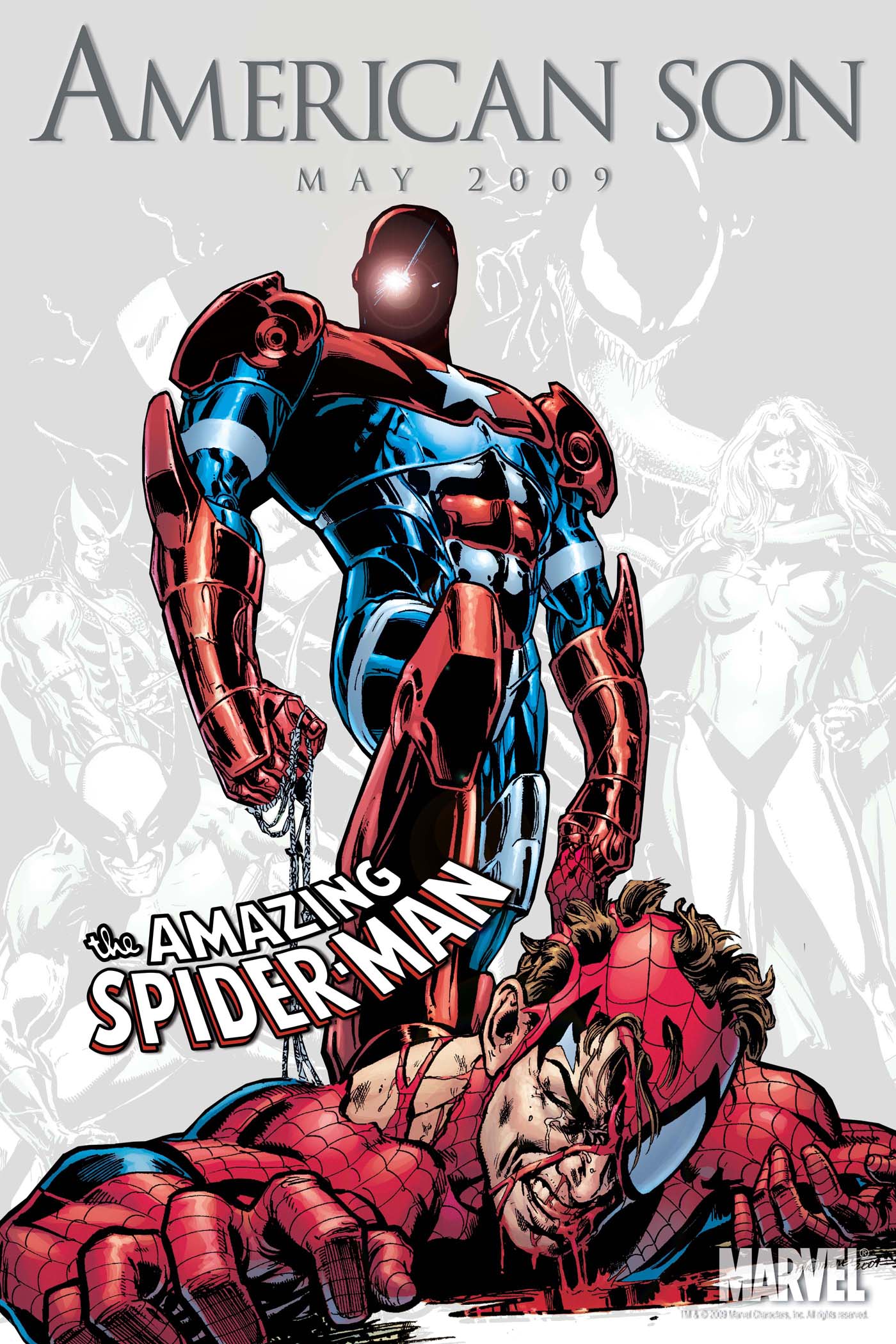 st -Spider-man is essentially a spin off from the American Son series. Prior to this series, Harry was dating a girl called Lily, whose father was running for Mayor.

It was later learned that Lily was in fact the unknown goblin resembling villain known as Menace. Peter, already working for the Front Line at the time, wanted to nail Osborn with the press, as will most probably be the plan in The List.


Due to the lack of available legal proof against Osborn, Spider-man resorts to a physical battle and consults Wolverine before doing so. In the meantime, Peter is also having problems with his new 'brother-in-law' to be, Jonah Jameson - the mayor.

Norman Osborn was trying to recruit his son - Harry to join his Dark Avengers. Peter obviously took this opportunity to beat the hell out of Norman, threatening him to leave Harry alone. In the meantime Lily, in her goblin form appears at Harry's apartment and explains that she is pregnant with his son. In order to help find a cure, Harry agrees to join his fathers Avengers.

Without knowledge of Lily being pregnant, Peter approaches his friend trying to convince him not to join the Dark Avengers. Norah, in the meantime has been trying to investigate whatever she can on Norman Osborn and manages to get access to the Avengers tower.

After beating and capturing Mac Gargan, the new venom who has been posing as the Dark Avenger's Spider-man, Spidey uses a special suit designed by the Fantastic Four and guises himself as Venom.

Spider-man learns that Norman plans on making Harry the new Captain America for his Dark Avengers. Eventually Daken smells Spider-man out and the two battle. The fight ends with Harry appearing. Spider-man is then exposed and tortured. Lily in the meantime is permanently turning into the menace, being unable to change back to her normal form, which further stresses Harry.

While Spider-man is not having the best luck, Norah is doing a good job of making her was around the tower.

The Dark Avengers have a hard time getting the costume off of Spider-man - another feature of the suit. However, using some of Tony Stark's technology, Norman was able to solve the problem. At this point, while waiting for the molecules of the suit to 'stabilize,' Norman explains how Lily was pregnant, with his own son. She was simply a tool to get Harry to join the Avengers. At the same time, Harry, who has finally got a cure for Lily, finds out the news himself. (With Norah spying on them).

Full of hate, Spider-man breaks loose and starts a fight. Without his energy however, he begins to fade out quickly. Before Norman can remove Spider-man's mask, he is hit hard by what we later find out is Harry, in the Captain America costume.

The entire issue following features the intense battle between the two. Harry ends it, but is convinced by Peter not to kill him. Killing him would result in finally becoming the son that he always wanted.

There has been no mention of Lily in the ASM comics since the American Son series finished. Dark Reign: The list-Spider-man will continue where this left off in the final battle, for now, between Norman Osborn and Spider-man.