Quick Summary on what has been taking place in the Incredible Hercules comics, and how does it relate to Spider-man. 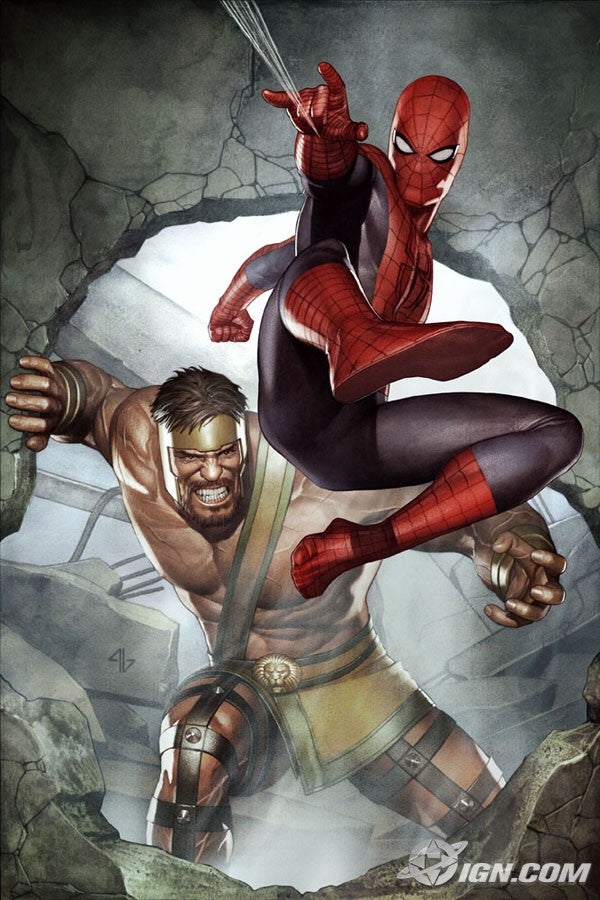 Of late, it was discovered that Hera, wife of Zeus and mother of many has been stirring up an evil plan to destroy the world. Amadeus has convinced Hercules to gather up an army to take her down before she can strike.

Peter Parker was introduced to Hebe ( wife of Hercules ), who has been having marital problems for a thousand years. (You just hit the JackPot- Peter Parker). This is entry follows up on what happened immediately with Spider-man after his encounter with Hebe. This is not exactly a review of the whole comic. Only the parts that involve Spider-man.

Partial review
Peter was introduced to her by Aunt May, as Hebe was helping out there as a volunteer in the homeless shelter. He is next seen flirting, in some way, with Hebe, who for your information is the goddess of youth.

At one point, Hebe mentions how Aunt May wants to see Peter married. Apparently Aunt May does not want Peter marrying any Red-Heads. The conversation goes on as Hebe explains how she is actually Hercules wife. She feels rejected by him as he seemed to grow more distant from her and eventually disappeared in person ( left Olympus).

As she pours out her feelings to Peter, he pretty much comforts her, and very quickly develops feelings for her. Hebe blames herself for not making the marriage work and struggles to figure out what she did wrong. Peter Parker, with his new BND character moves in to kiss her. As their lips lock, his Spider-sense start going haywire.

Peter opens an eye to see whats going on, only to be greeted by a furious Hercules. The entire fight scene between the two is rather comical. One of the more entertaining fight scenes. Regardless, the fight ends with Hebe coming to the rescue, and Herc explaining to her why he acted the way he did towards her before.

It all has a happy ending between the two. Thankfully, Peter does not end up with Hebe. Despite her attractive character, Peter does not belong with the goddess of youth.

The comic ends with Spider-man, Spider-woman, and wolverine ( and most probably some others ), joining forces to help take down Hera.